The West Riding of Yorkeshyre By John Speed

Copper engraving with original outline hand colouring. Overall size : 61.8cms x 48.6cms.  Image size : 509mm x 382mm. Large inset plan of York with 24 point key.  The heraldic border on the right hand side is particularly interesting since from the reign of Edward IV the dukedom of York was reserved for the second son of the reigning monarch, and the arms depicted include those of the young prince murdered  in the Tower, of Prince Henry (later King Henry VIII) and of the current holder when the map was issued, Prince Charles (later Charles I). Scale of distance at bottom left. Ogilby’s roads are added to this map.
Very good condition  apart from odd mark to the margins and little greyness in blank areas. 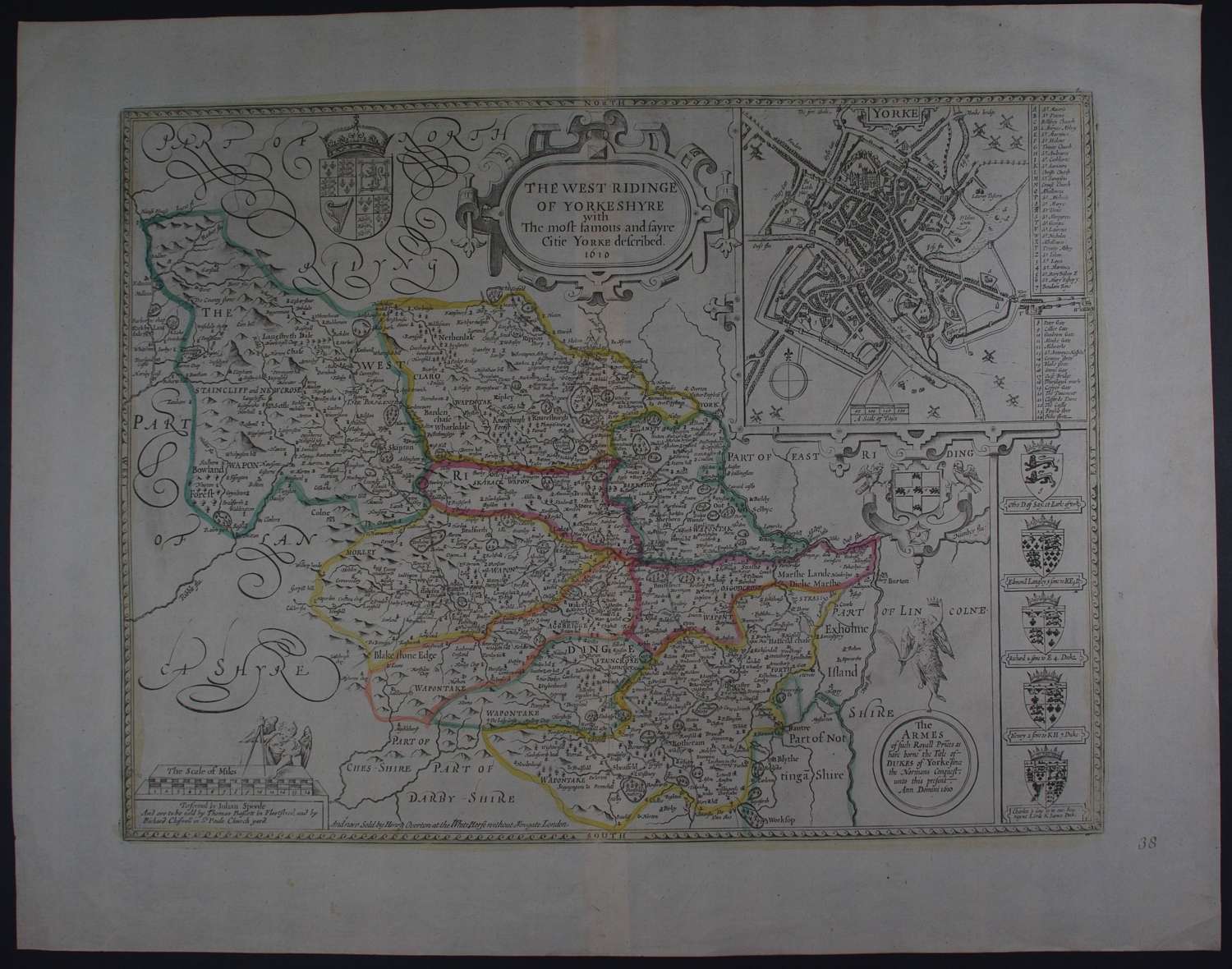 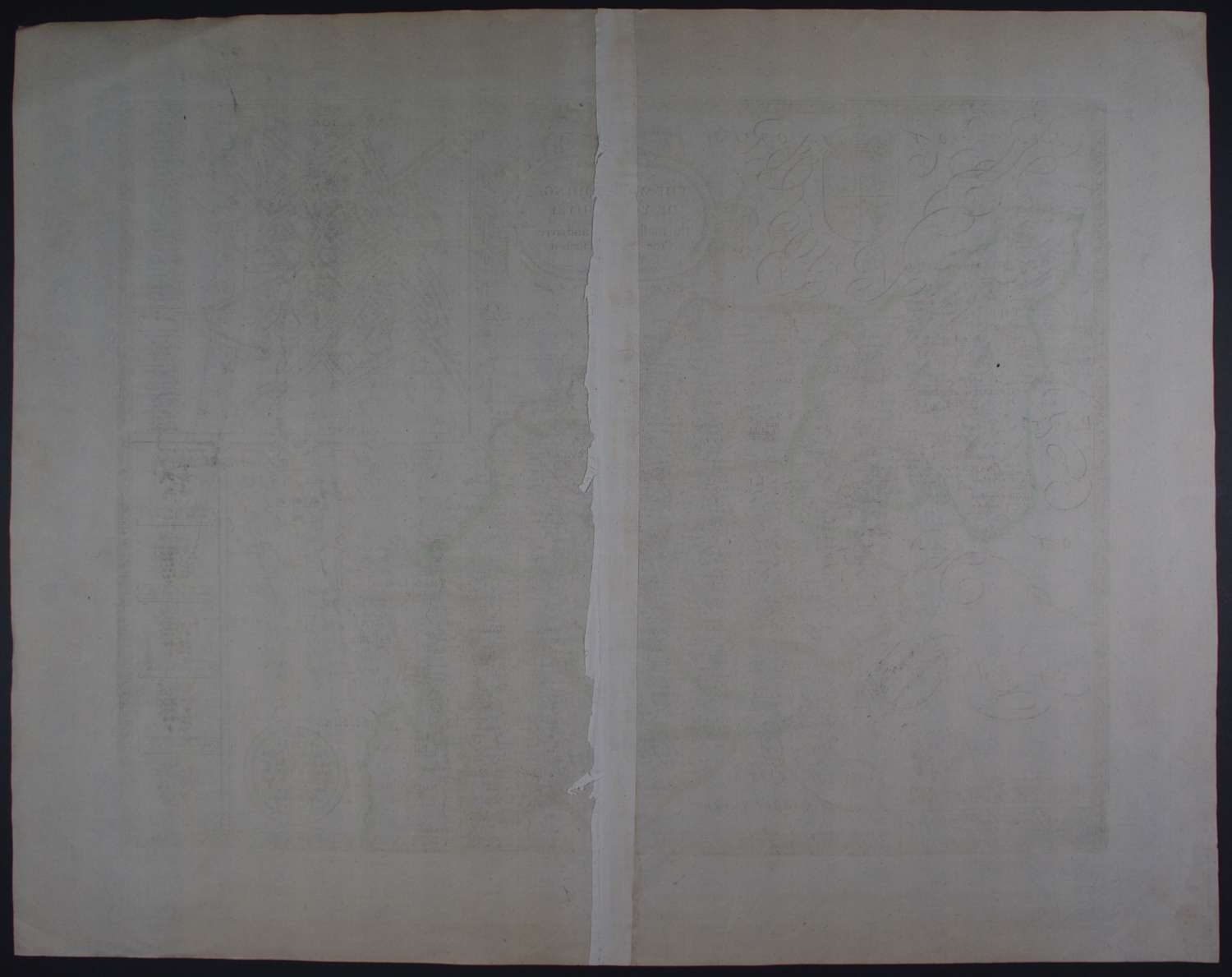