Translation : ' The Normans had barely completed their domination of England, when they attacked the coasts with their fleet; it proved a successful tactic.  Gradually under the reign of William Rufus they wrested the coastal areas from Welsh control.  They gave most of these to Cadugan ap Blethin, who was a Briton himself, a very prudent man who had a considerable following in Wales.  The English considered him their friend'.
Willem Janszoon Blaeu (1571-1638) was a prominent Dutch geographer and publisher. The son of a herring merchant, Blaeu studied mathematics and astronomy . He studied instrument and globe making with the  Danish astronomer Tycho Brahe. Blaeu set up shop in Amsterdam, where he sold instruments and globes, published maps. In 1635, he released his atlas, Theatrum Orbis Terrarum, sive, Atlas novus. 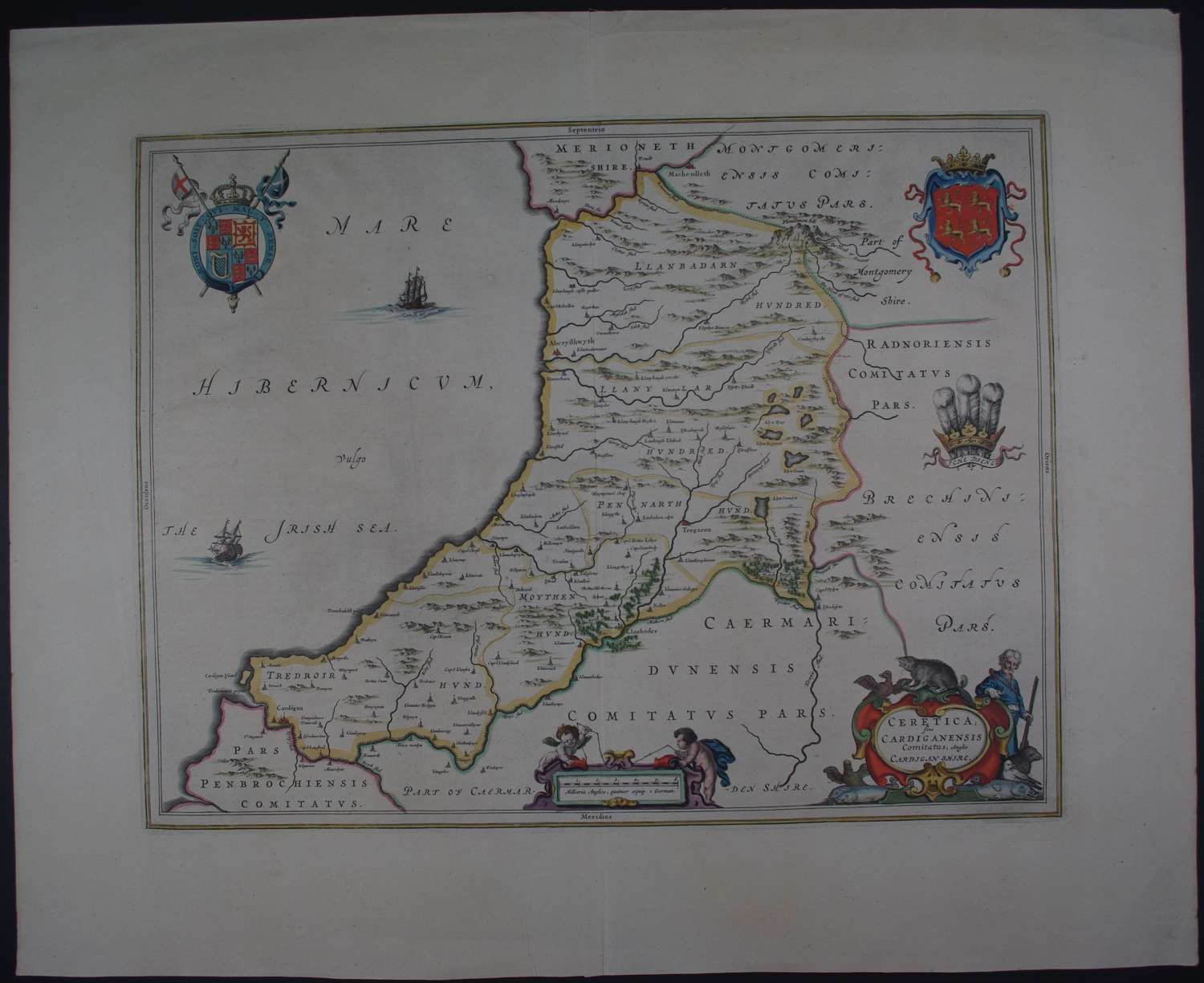 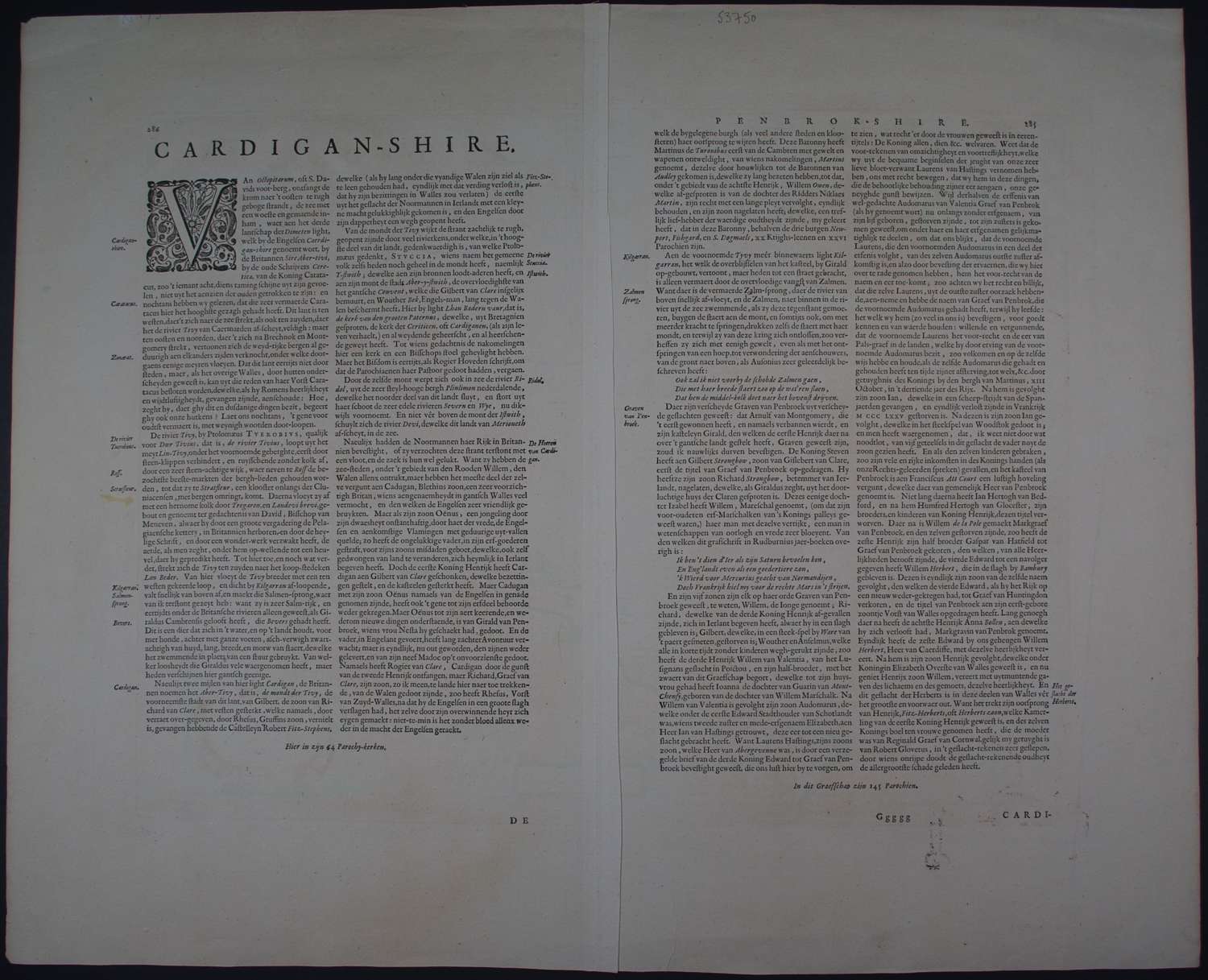