Long title:  Levinia, Vice Comitatus.  The Province of Lennox, called the Shyre of Dun- Britton. ( Dunbartonshire the province of Lennox).   Copper engraving with original hand colouring heightened subtly with gold . Overall size : 65.5cms x 56cms ; Image size : 525mm x 390mm. Latin text pp 76/75. part translation:’ The word Dunbar means a tower on a mountian, since Dun is a rock, hill or mountain and Bar is a tower.  People having gathered at the foot of this mountian, a town was built there, which they called Dumbarton.  The river Leven surrounds it almost entirely at the point at which it flows into the Glotta (Clyde)).    Fine condition. 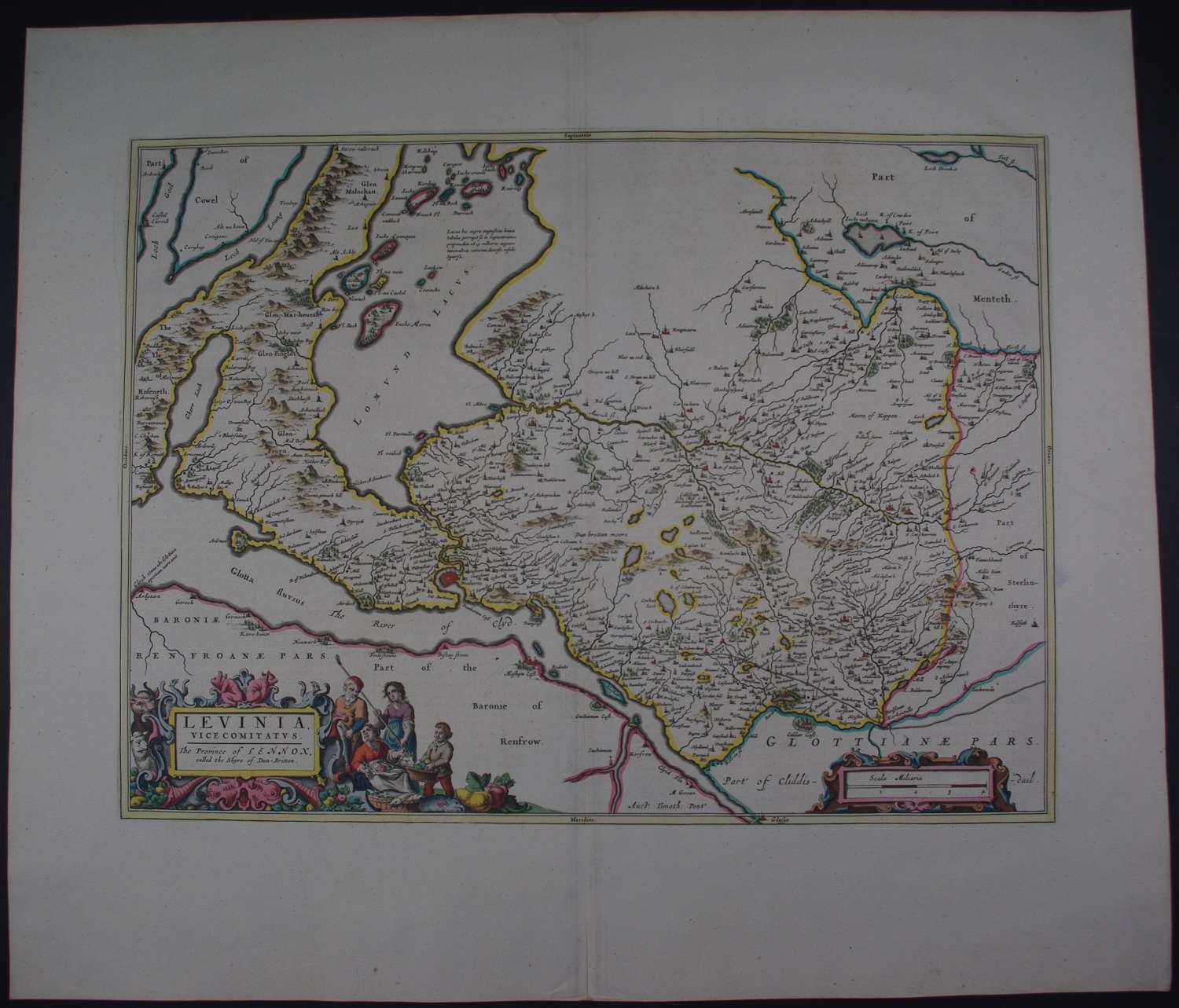 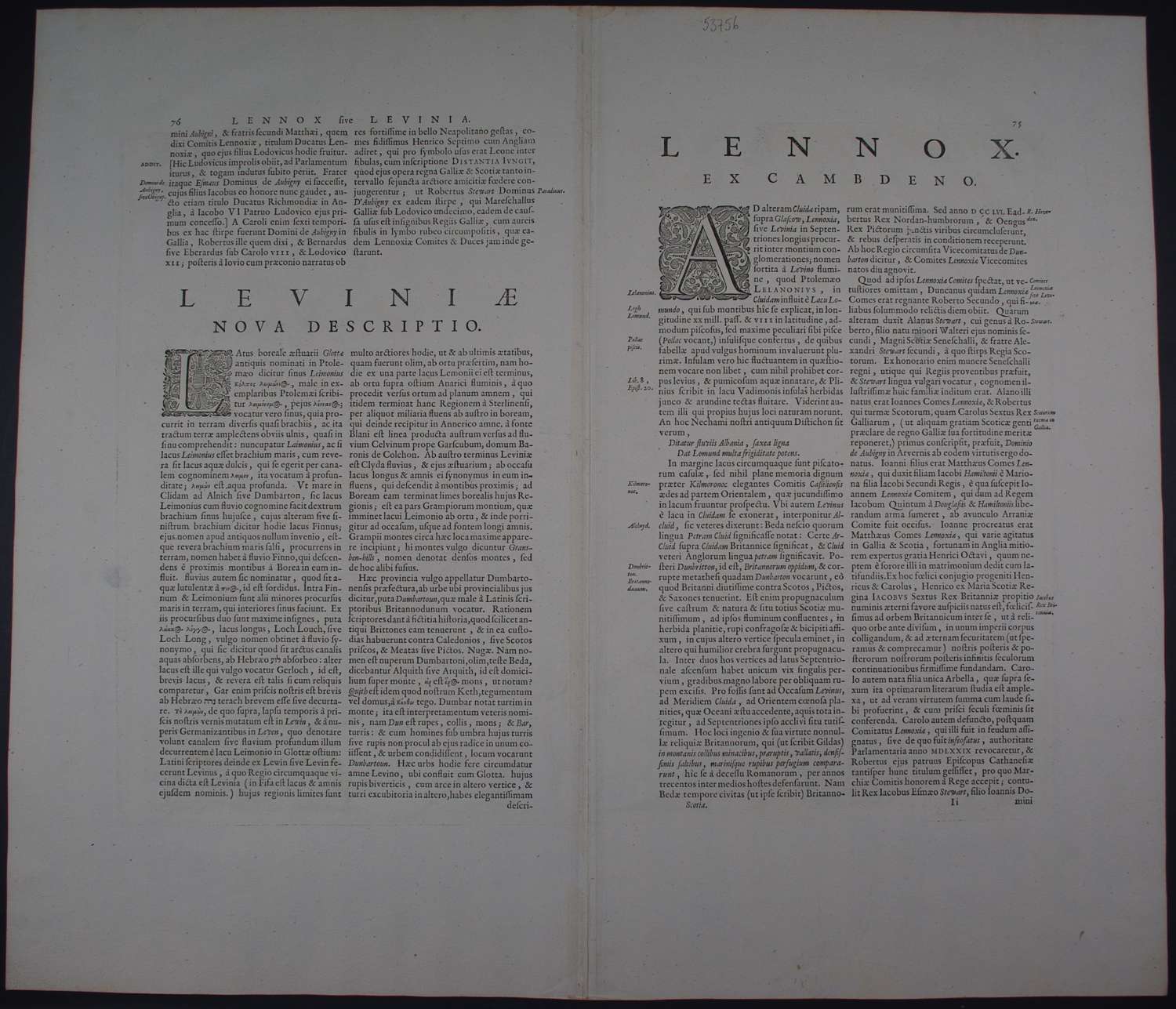