Translation of a portion of the text verso reads: ‘ The town of St Andrews was till recently the religious centre of the entire region, seat of the Archbishopric and home to the Muses.  Its famous University is not the least of its ornaments.  It has a most agreeable situation by the sea, a satisfactory port, rich catches of fish and the surrounding countryside is most agreeable’. 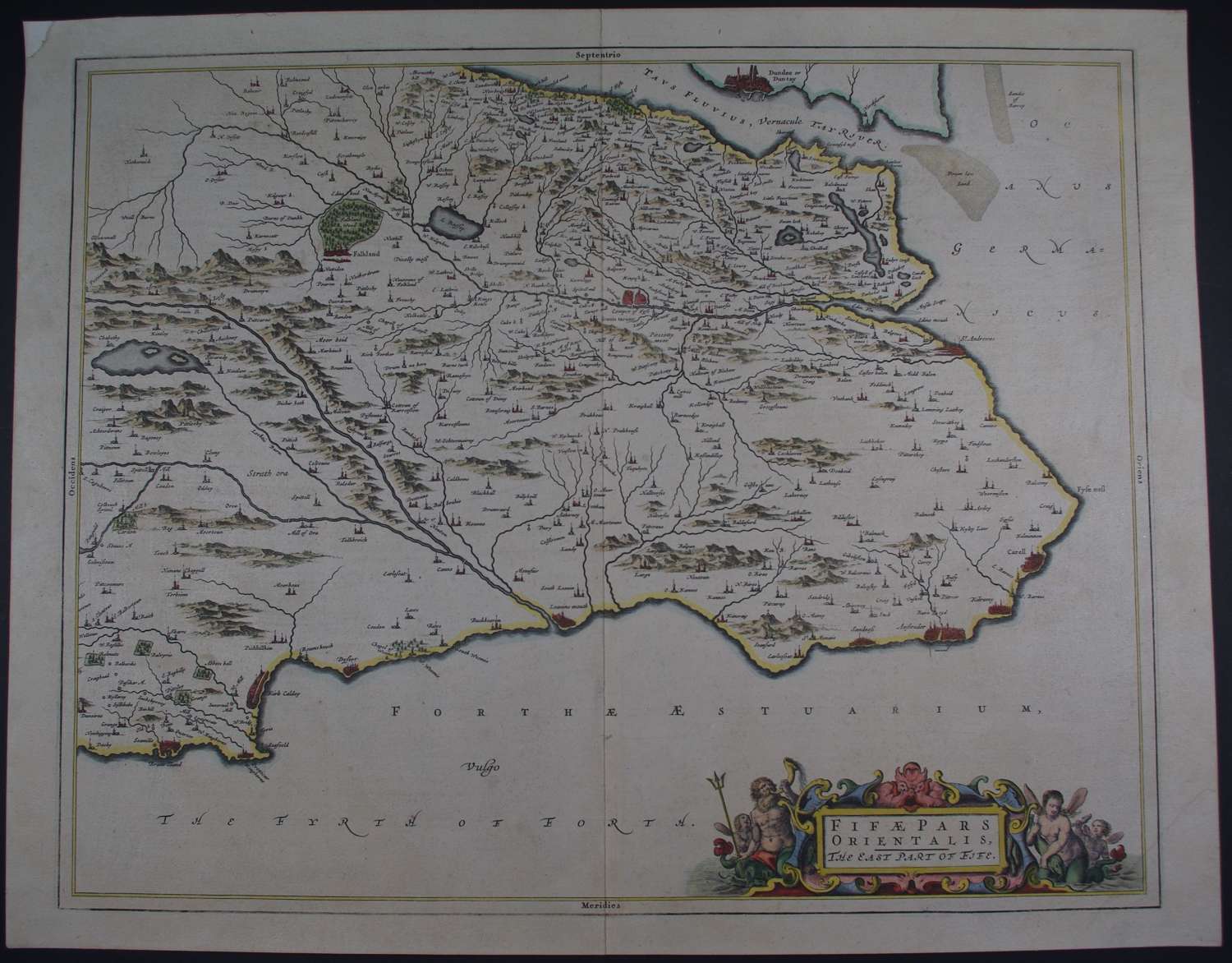 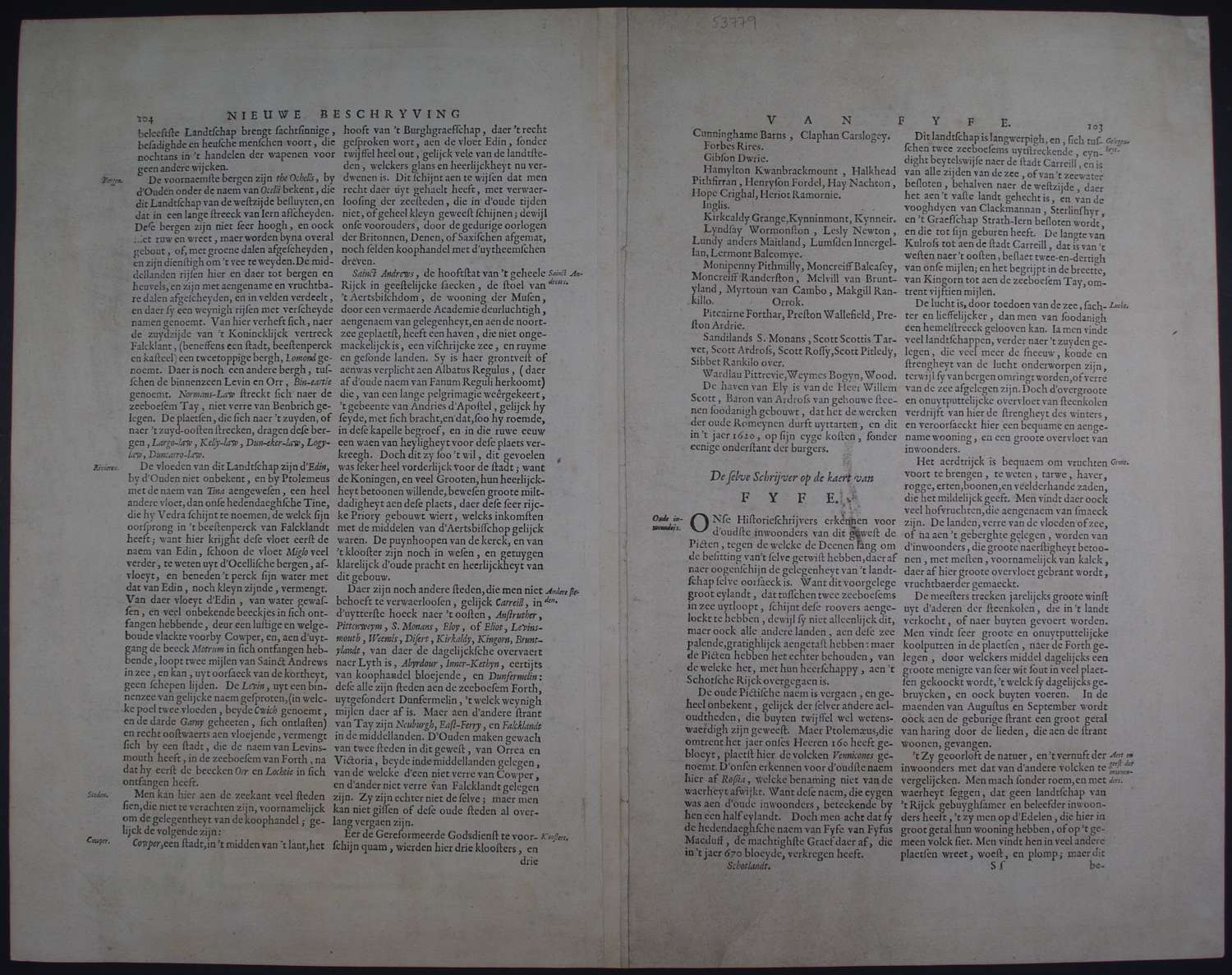