Date:Circa 1900
A commemorative handkerchief in mercerised cotton featuring a map of South Africa at the time of the Boer War. Next to this is the text of Kipling's poem "The Absent-Minded Beggar", a score by Sir Arthur Sullivan, and portraits of Queen Victoria and Lord Roberts. Printed entirely in royal blue. Overall sheet size : 47.8 cms x 46.7cms.  Kipling's  Boer War verse  was used to raise money for the widows, wives and children of those serving in South Africa. It appeared on many commemorative souvenirs which were sold to raise funds. This course of the war could be followed on the map. Railways and roads were marked.  One fox spot to the left of Queen Victoria’s head and one tiny one at extreme left edge else very good condition. 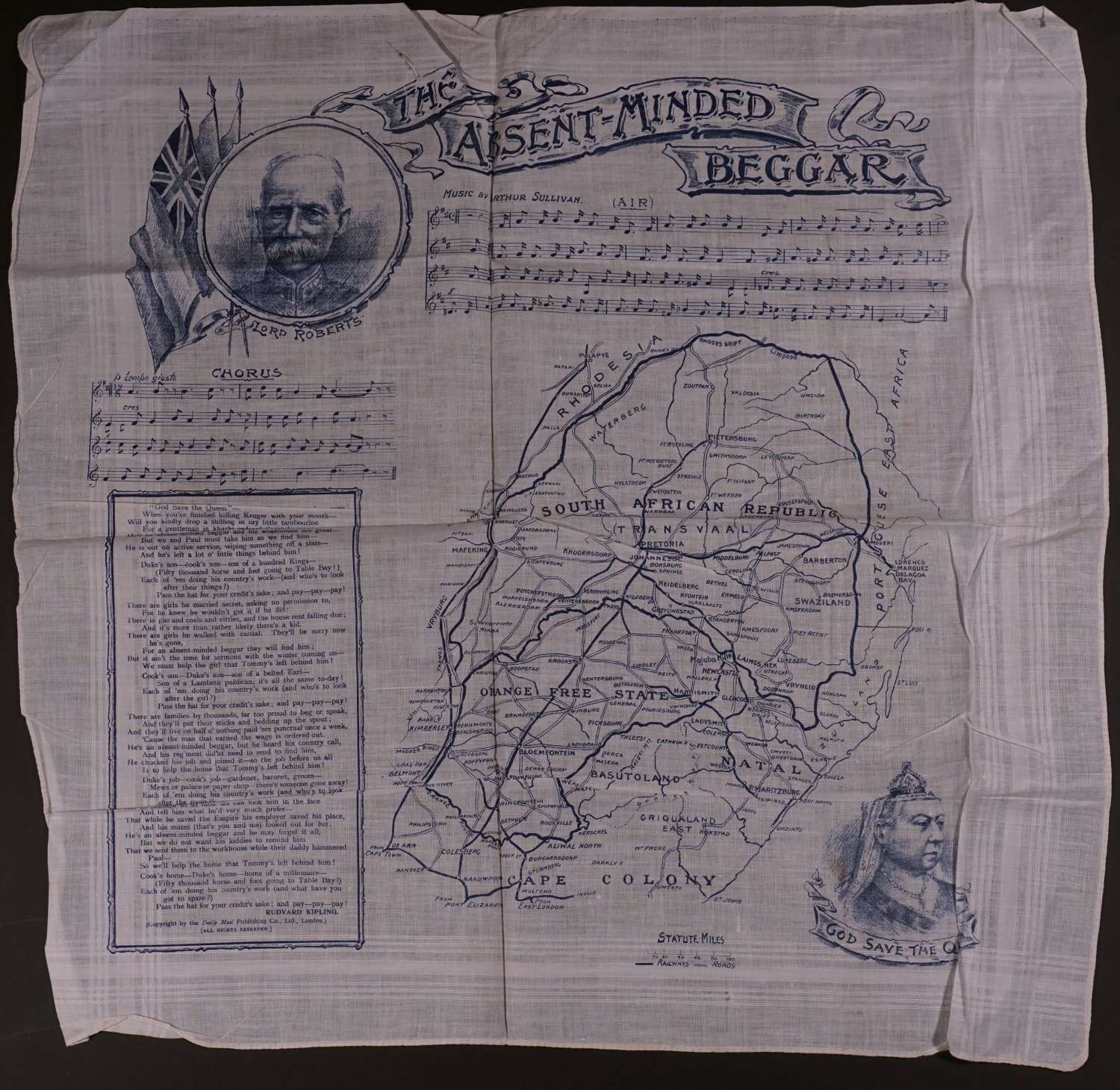 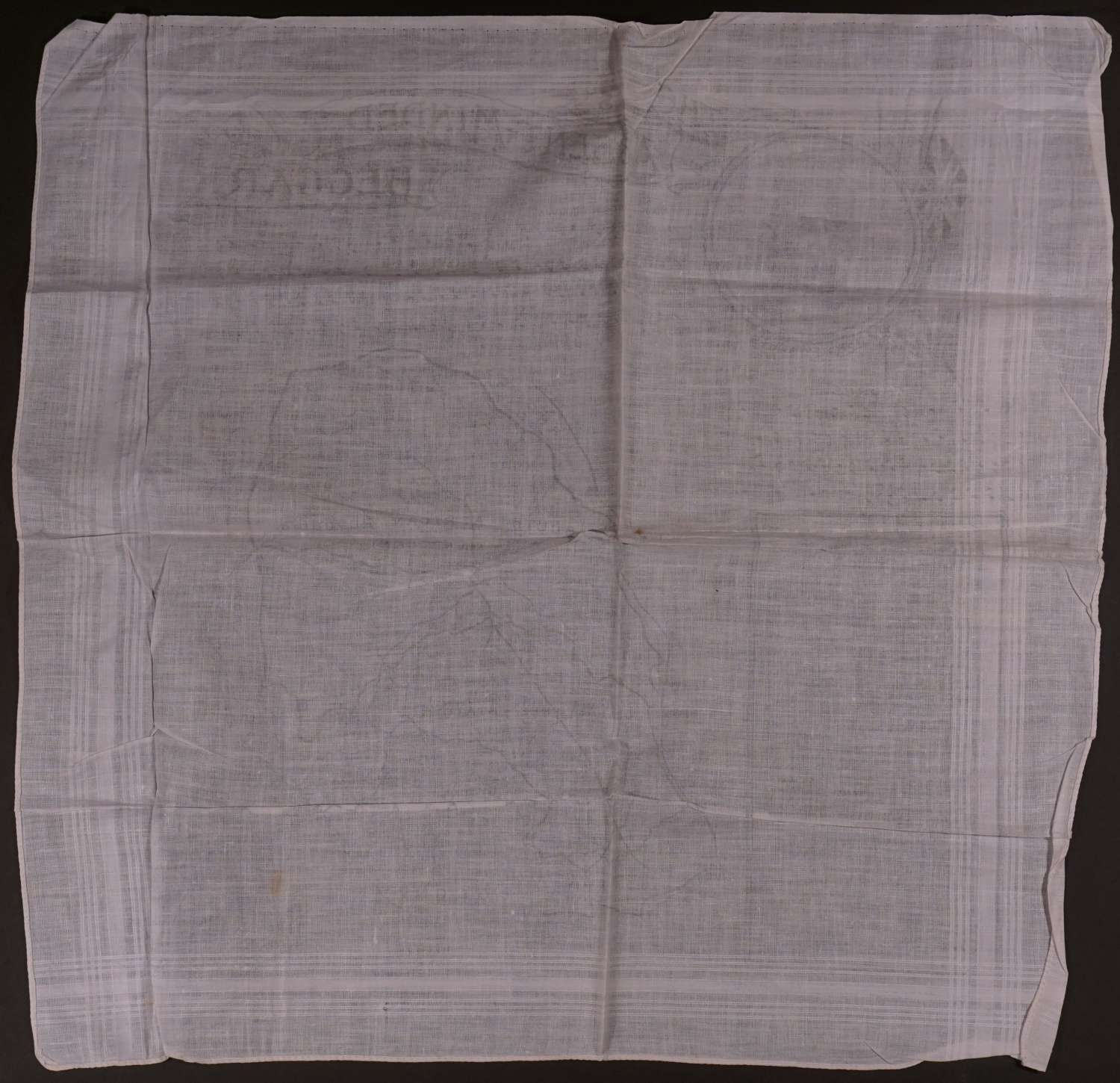