FIRST EDITION.  Engraved by Jodocus Hondius with his signature hatching in the sea .  Copper engraving with original and later hand colouring. Overall size : 52.1cms x 40.1cms. Image size : 508mm x 381mm.  English text on verso by printers William Halland and John Beale.  Speed declares the: Air subtile and piercing, not troubled with gross vapours or foggie mists, by reason wherof the people of that Country live long and healthfully, and are not subject to strange and unknown diseases. Fine example of this desirable map.  One pinprick top of map at centrefold (often the case with first editions and thought to be a direction to the binder) and a tiny worm trail  at the bottom of the centrefold which has been invisibly strengthened; one pinprick in the ‘N’ of Henry IIII else fine.

Although most of the detail of Speed's map is copied from Saxton, Whitaker writes that this was the first map of Lancashire to show the hundreds, and that the inset was probably the first printed town plan of Lancaster (copied by Braun and Hogenberg in 1618). On the left side of the map are four portraits of Lancastrian kings (Henrys IV to VII); on the right are three Yorkish Kings (Richard III and Edwards IV & V) and a portrait of Elizabeth, who united the families by marrying Henry VII. A mermaid preens herself in the sea in between two monsters.  WHITAKER: 41. Chubb XX . Skelton7
Unfortunately, there are no surviving records of how many examples of the First Edition (or indeed of any edition) of John Speed’s maps were printed. One might speculate that the First Edition could have numbered between about five hundred and one thousand examples. It should be remembered that market for maps was not well developed in England in 1612. This, together with the cost of the atlas, the need for a second edition soon afterwards, and the high quality of impressions from the third, Latin text, edition of 1616, suggests that the first print-run may have been closer to five hundred copies or so. Unfortunately, until an attempt is made at a census of surviving examples, these figures can be regarded as only the roughest of estimates. Ashley Baynton-Williams see  http://www.mapforum.com/02/speed.htm 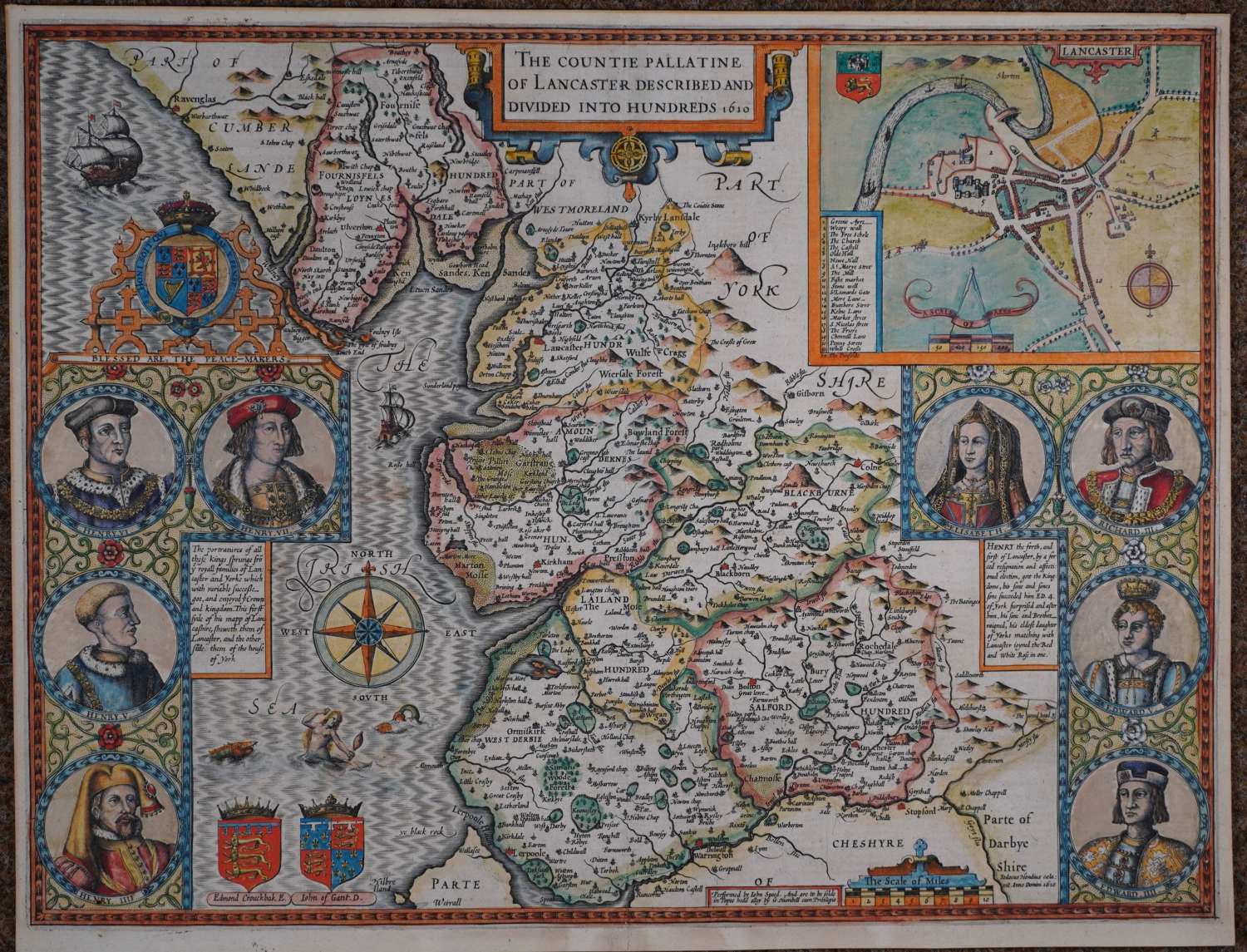 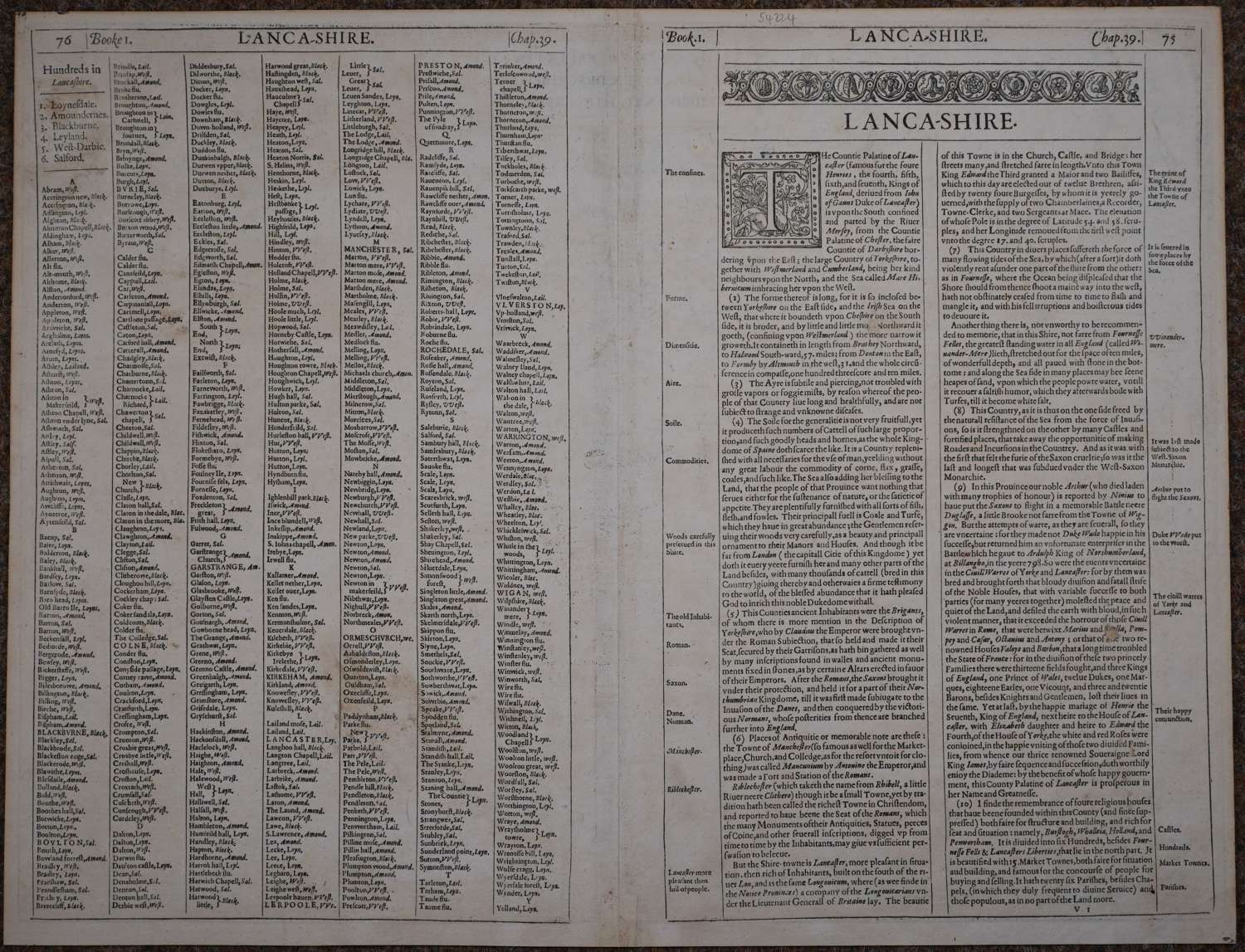