Long title: Hererfordshire described with the true plot of the Citie Hereford as alsoe the Armes of thos Nobles that have been intituled with that Dignity.  Copper engraving with later but not recent, very attractive hand colouring.  Overall size: 52.8cms.x 40.2cms. Image size : 510mm.x 375mm. English text to verso describing the county, its history and features. Plan of the city of Hereford with armorials and battle-scene below. English text verso. Centrefold  as issued. In Speed’s day 28 castle with their feudal appendages survived intact and were occupied as homes by their owners. Like other marcher counties, there were anomalies in the extent of Herefordshire, It had outliers in three adjoining counties and itself incorporated a part of Monmouthshire. Several further oddities had been ironed out at the Union of England with Wales in 1536, but those remaining were largely resolved by Herefordshire falling within the jurisdiction of the Council in the Marches of Wales, which had its headquarters just across the Shropshire border at Ludlow. (See The Counties of Britain A Tudor Atlas by John Speed. A Hawkyard) The battle of Ludford Bridge (actually fought in Shropshire in 1461) is depicted on the right hand side of the map; the list of armorials also contains a high number of errors. Bottom right and left are two surveyors or mathematicians, the right hand one encompassing the scale of distance ( and is believed to be a depiction of John Speed himself). Very good condition indeed apart from two pinpricks visible when held up to the light. 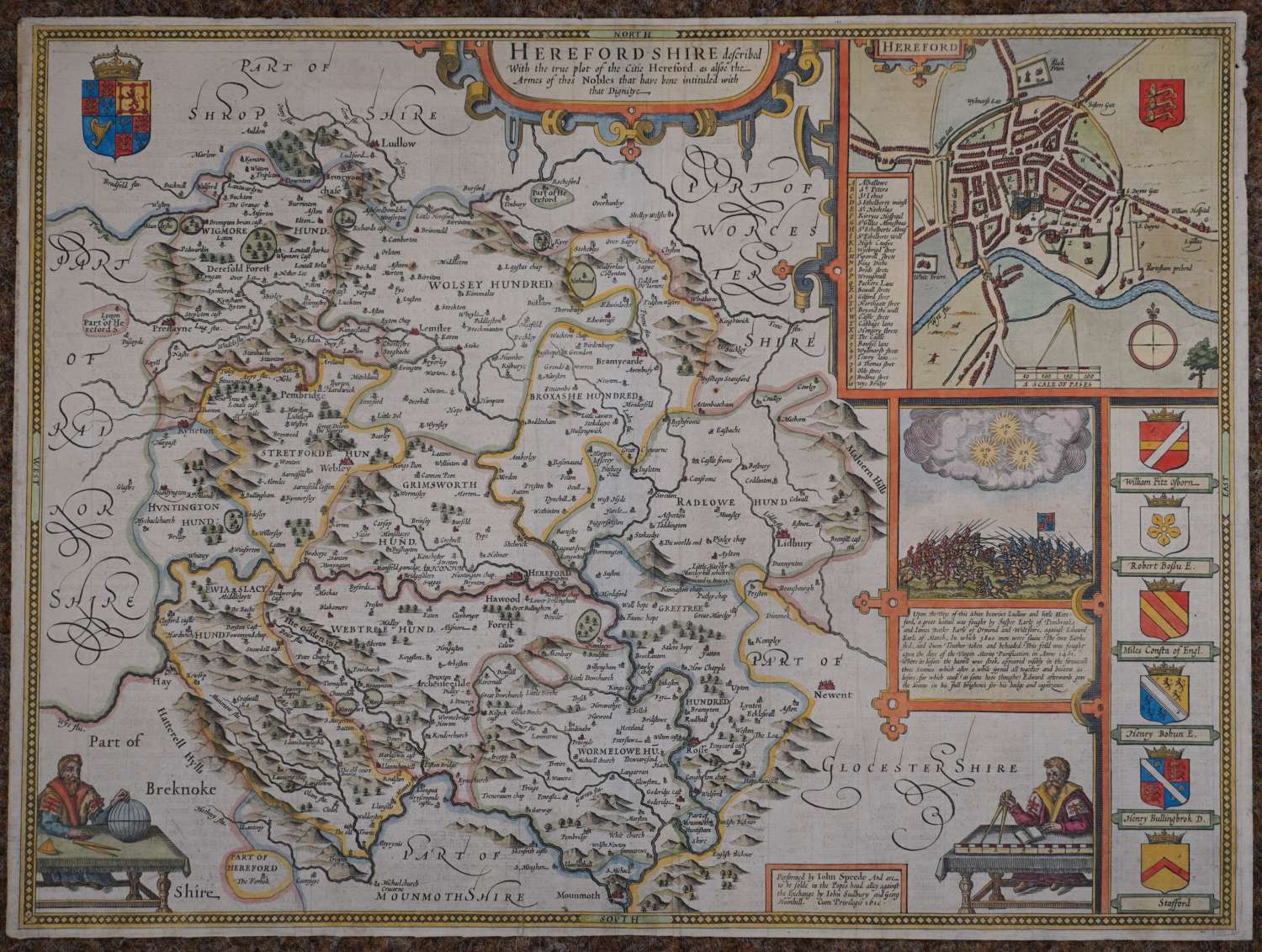 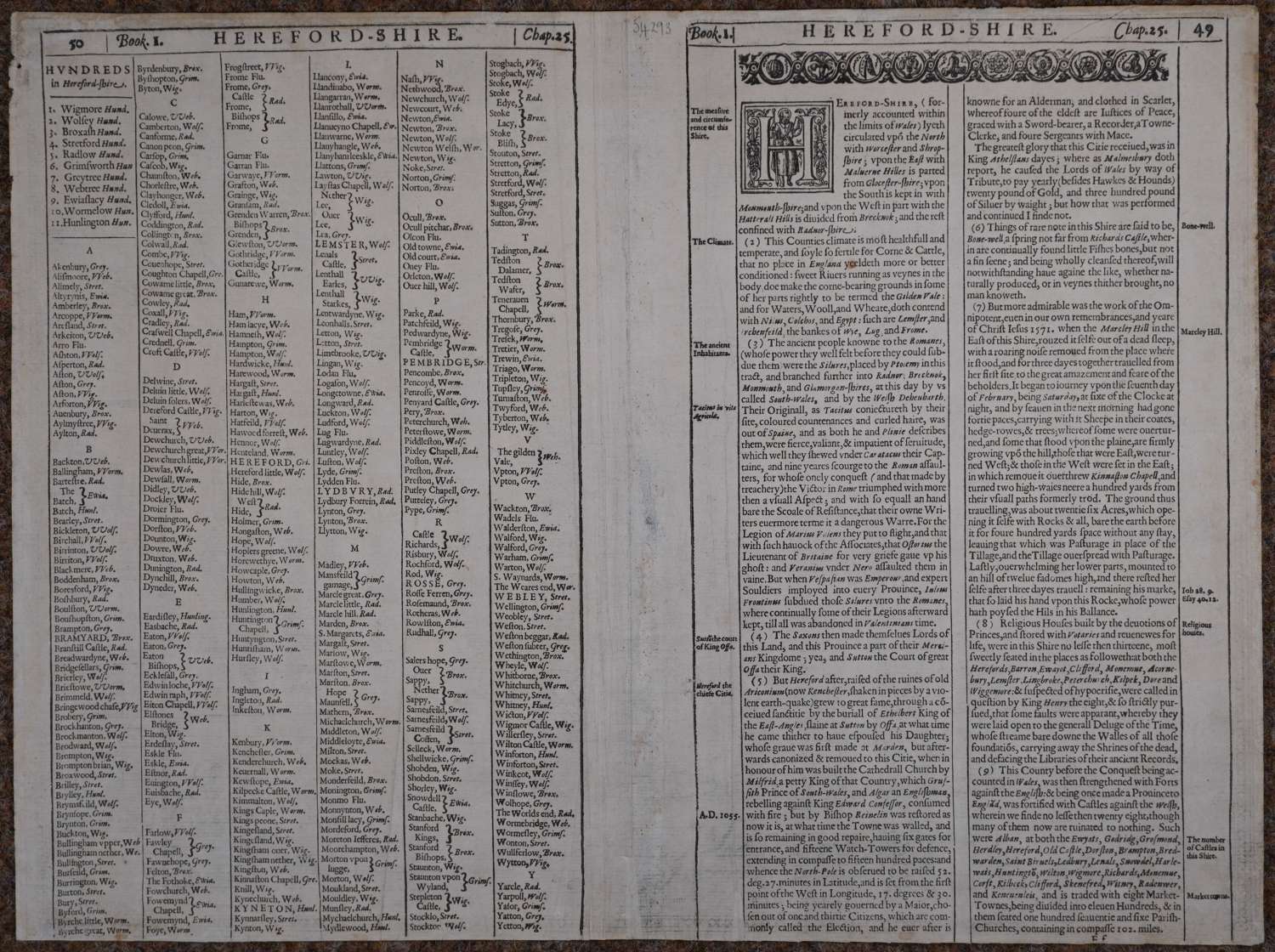