1st.Edition. Copper engraving by John Stupt; later, superb  hand colouring. Overall size : 38.8cms x 44.6cms . Engraved size : 295mm.x 371mm.Title in decorative cartouche at top with  two scales of distance opposite in its own cartouche. Centre fold as issued.  Very good condition   Forts, villas, religious centres and battlefields are noted.
Robert Morden died in 1703, so this is the only edition of his most famous maps that were published in his lifetime.  These maps are the first county maps to show roads ( based on Ogilby’s road maps ) and show three scales representing great, middle and small miles as different scales were used in different parts of the country.    The extremely rare John Bill maps of the 1620’s were the first to carry latitude and longitude  which Morden shows here too : longitude (measured from the meridian of St. Paul’s Cathedral) given in the form of time in minutes at the top of the map , usually in Roman numerals, and at the bottom in degrees. 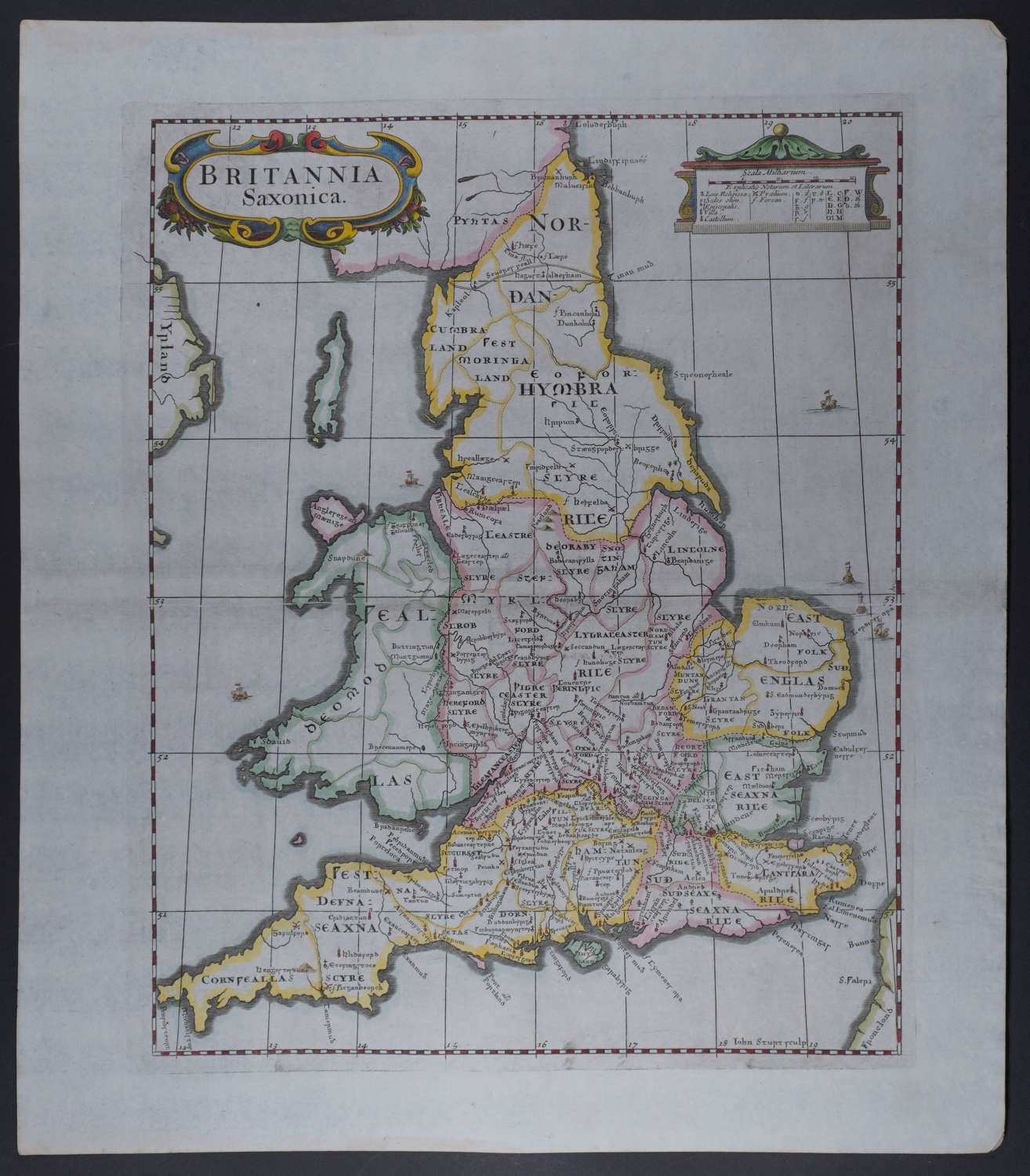 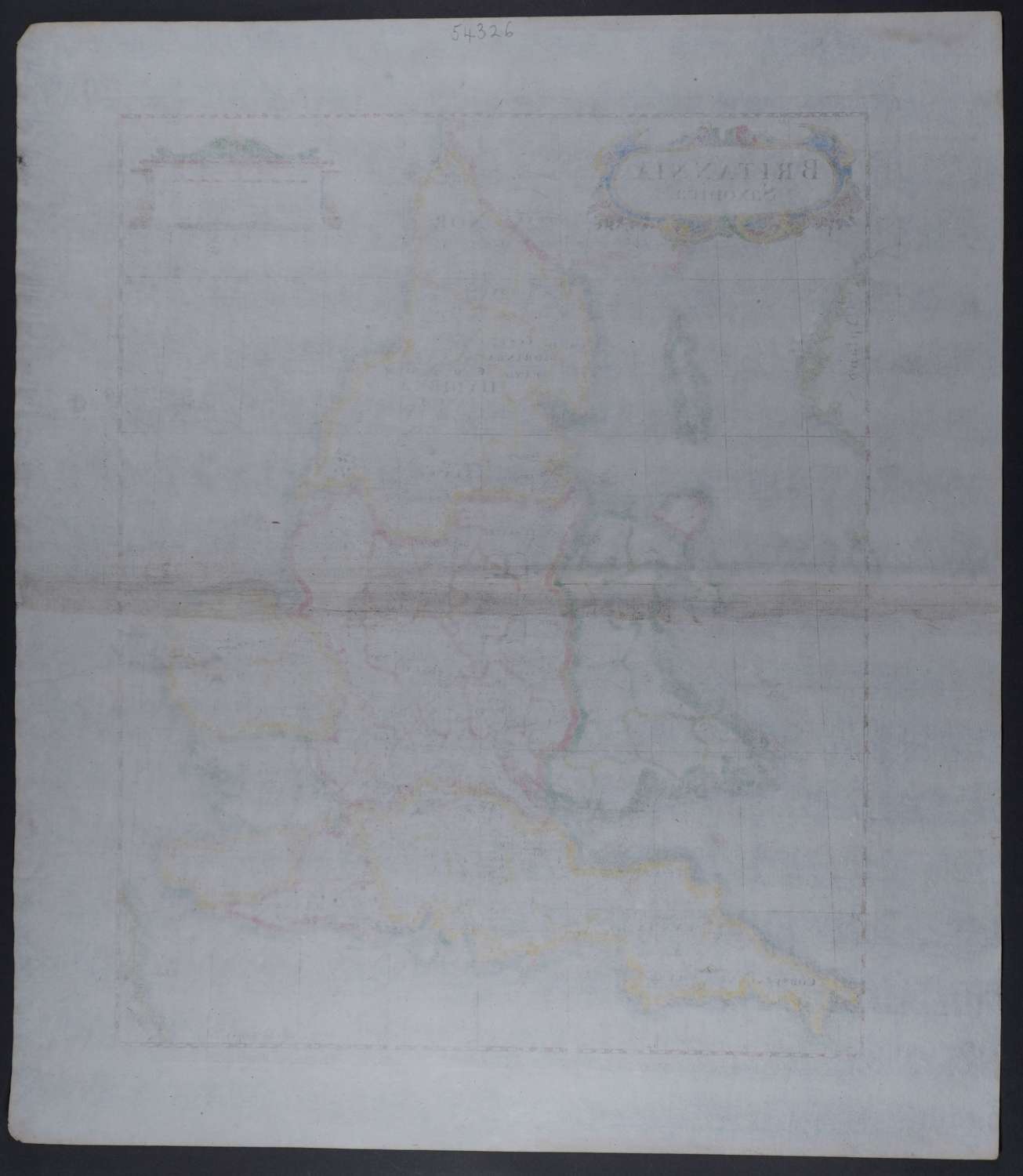