Copper engraving, later hand colouring.   Overall size : 52.8cms.x 44ms.. Image size: 511mm x 383mm.  Decorative cartouche containing county name. Plan of Northampton top left and Peterborow bottom right (with, unusually a hunting scene at the top of the plan) surmounted by six coats of arms whifch , as the box above explains are armes of those honorable Families that have bene created Earles of Northapto since ye Norman conquest. Battle scene and historical description above town plan of Peterborow; scale of distance surmounted by dividers.  The English text on the back states: notwithstanding the simple and gentle sheep, of all creatures the most harmless, are now become so ravenous, that they begin to devour men, waste fields, and depopulate houses, if not  whole townships, as one merrily hath written.  Archival strengthening 23cms from bottom margin up centrefold else good condition. 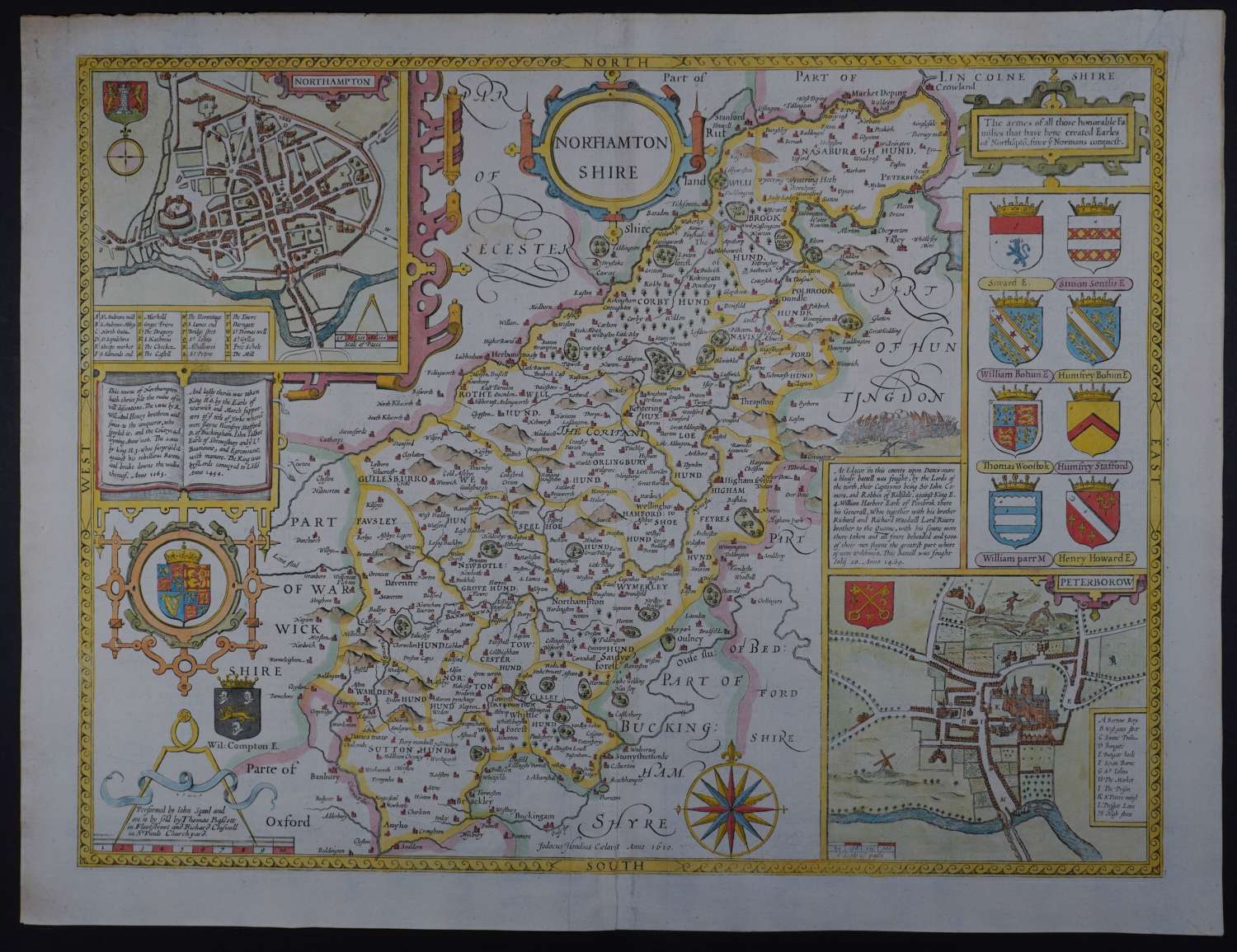 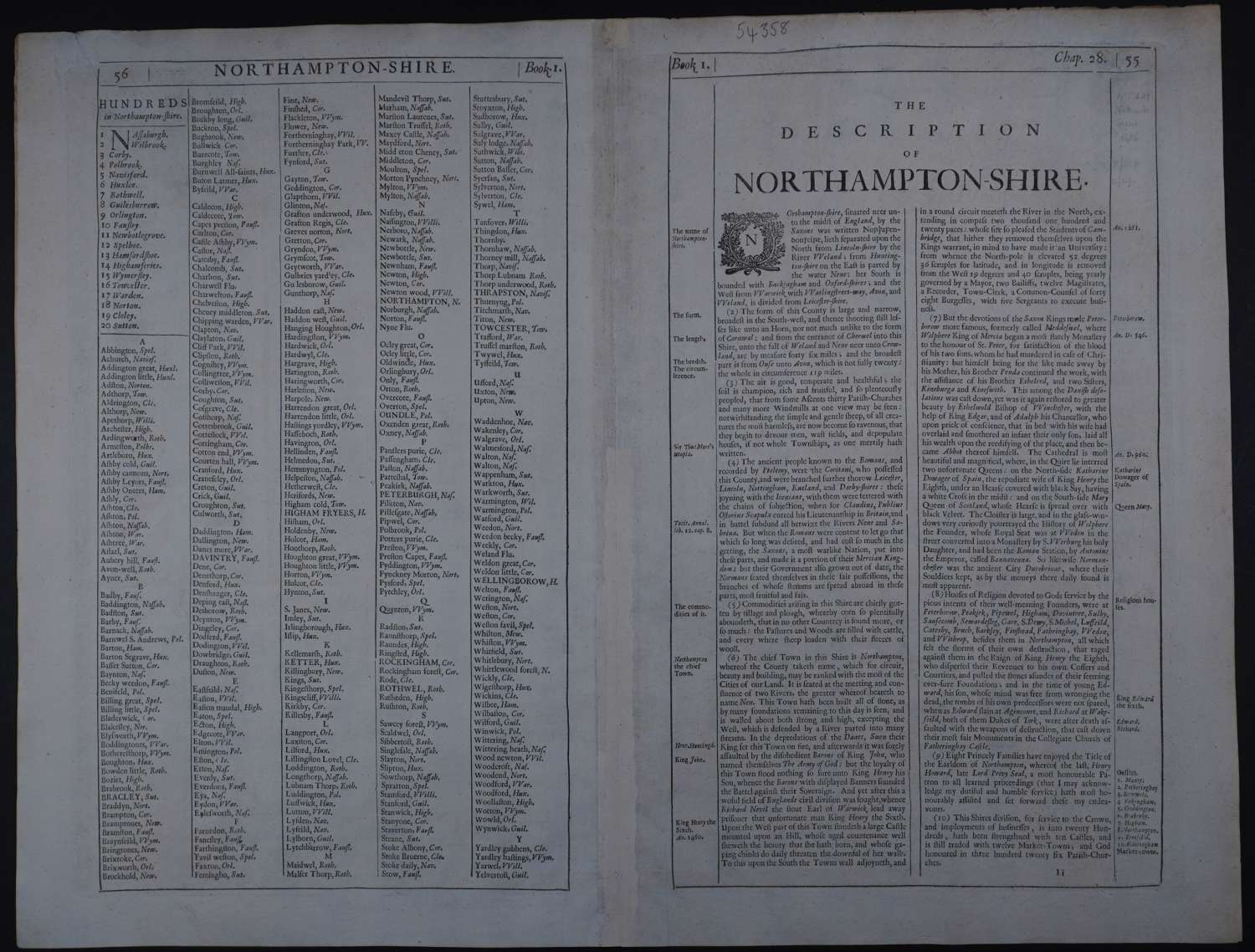