A New Map of Monmouthshire by John Cary

Copper engraving, original full wash  hand colouring..  Overall size : 60cms x 53.2 cms   . Image size : 538mm x 480. Good margins. The border is formed by a thick line between two fine ones with a double inner line marked off into degrees and minutes of latitude and longitude; top left, a star surmounted by a fleur-de-lis is the compass indicator; the scale in a hatched lozenge below  bottom left.  The title is in an oval plaque, shaded round the bottom edge,  top right. Centrefold as published.
John Cary and his brother William were active globe-makers in London though John Cary was also an engraver and publisher and came to be regarded as one of the leading English cartographers. In 1787 Cary published his ‘New and Correct English Atlas’. Although lacking in the type of decoration characteristic of earlier mapmakers they are nevertheless elegant in their clarity and finely engraved detail. This atlas proved to be very popular and many editions were published, the final one being in 1862. In 1789 Cary published a pocket atlas entitled ‘Cary’s Travelling Companion’ which was also a success and in 1794 Cary was employed by the Postmaster-General to undertake a survey of all the main roads in the country. 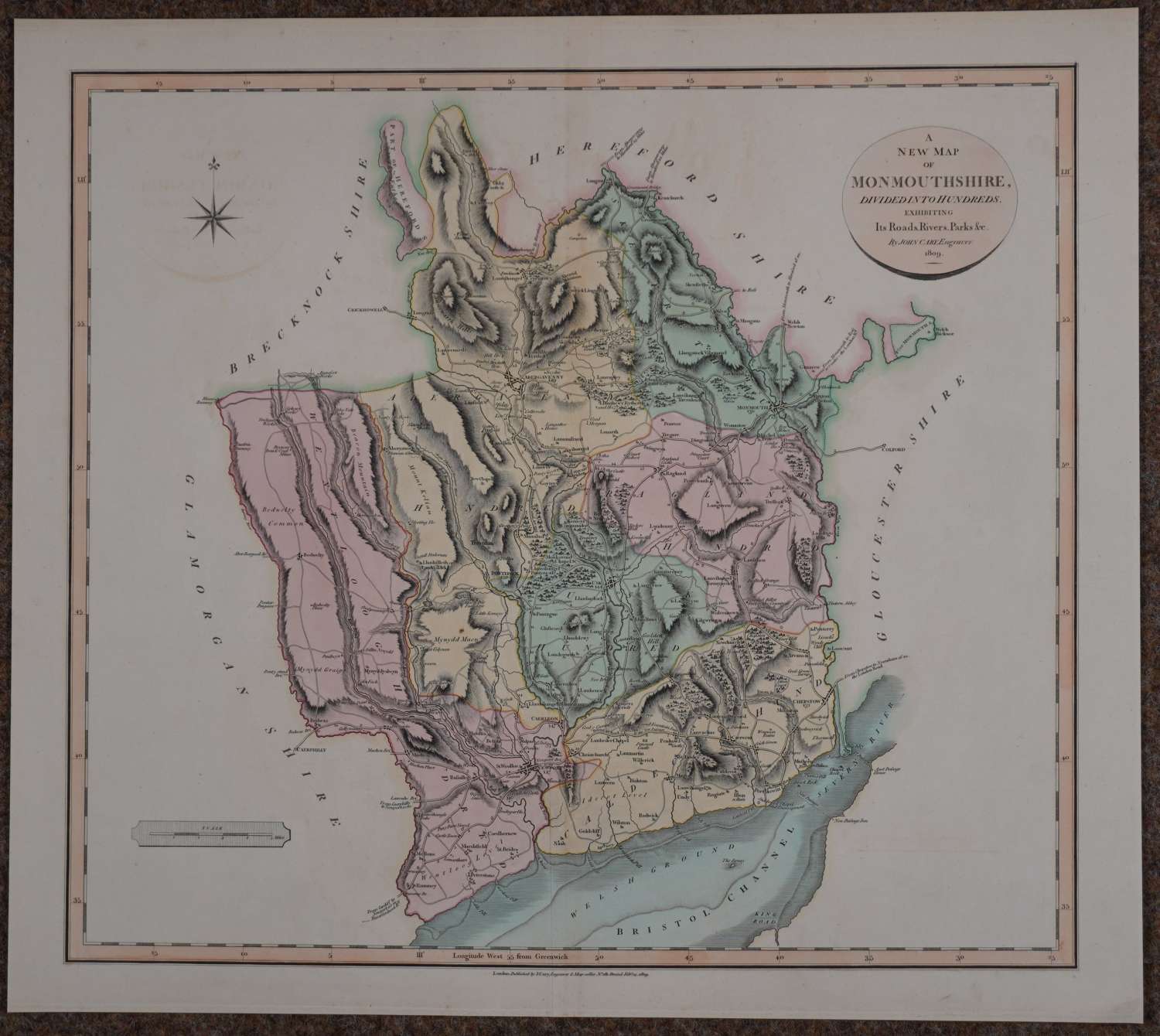 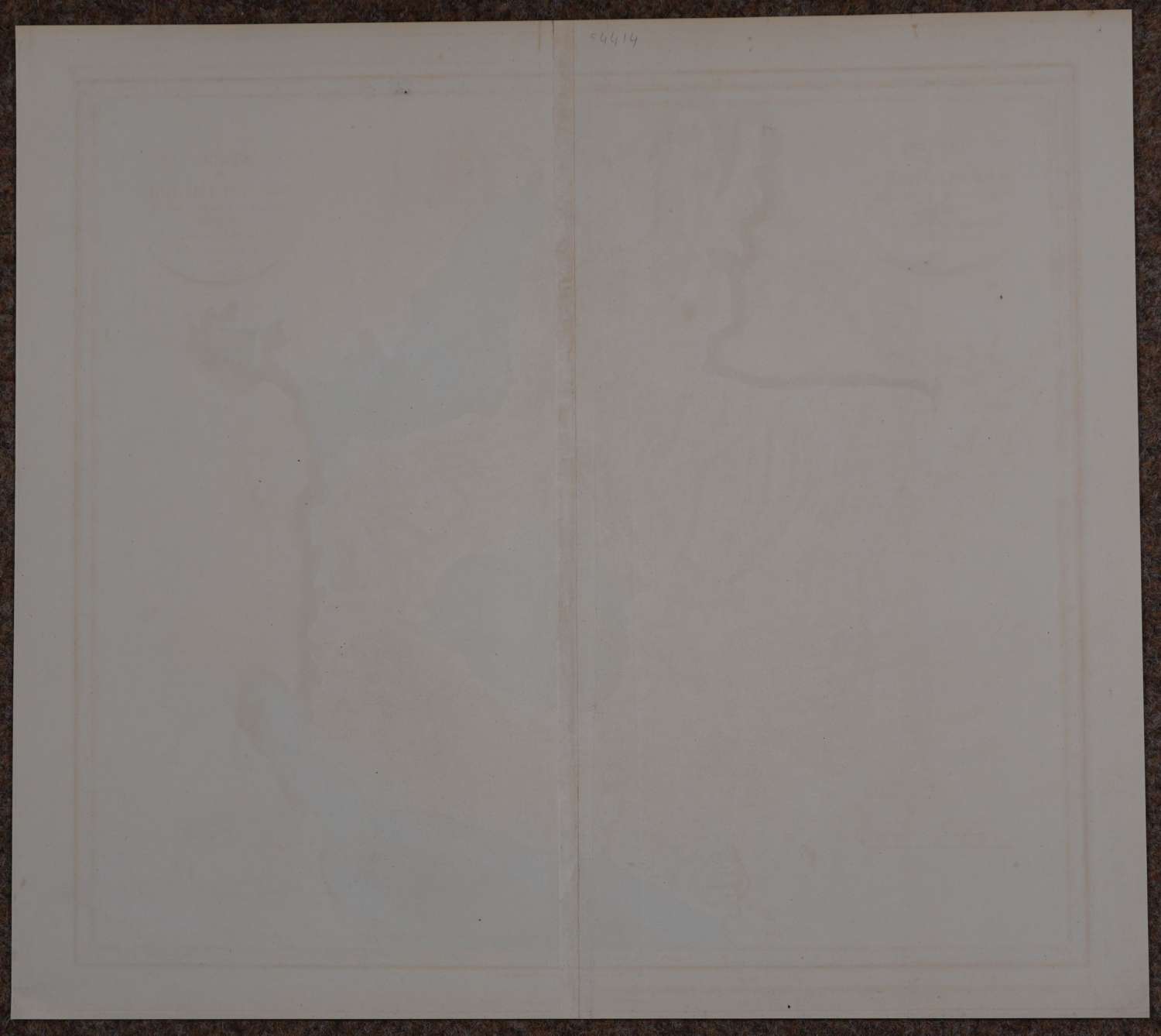