A New Map of Bedfordshire by John Cary

Copper engraving, original full wash  hand colouring..  Overall size : 52.3cms x 58.1cms   . Image size : 481mm x 538 . Good margins.  The border is formed by a thick line between two fine ones with a double inner line marked off into degrees and minutes of latitude and longitude.   Bottom right, a star surmounted by a fleur-de-lis is the compass indicator; the scale in a hatched lozenge below.  The title is in an oval plaque, shaded round the bottom edge, top right.  Highly detailed, beautifully engraved map in very good condition .
. 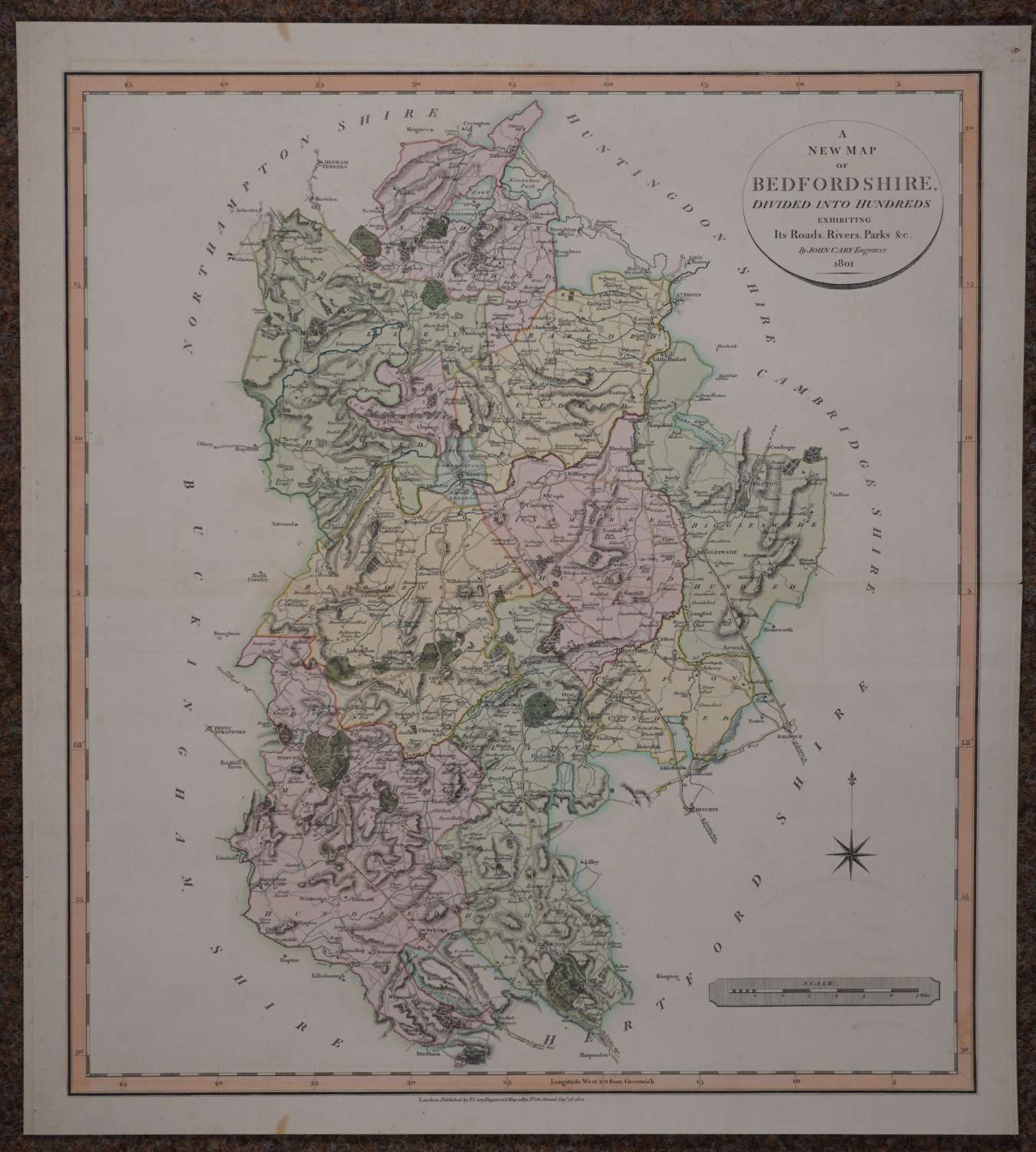 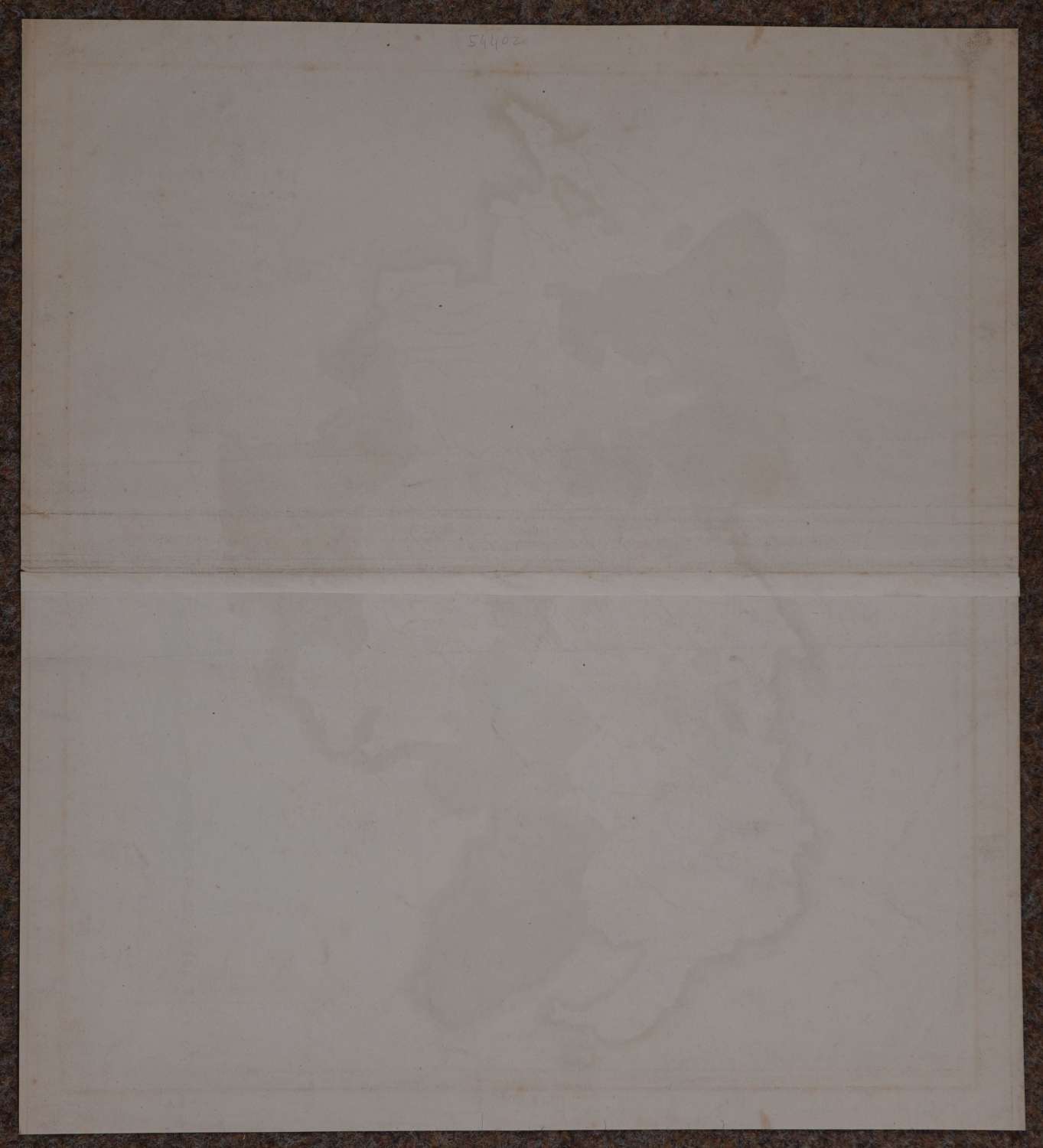