In this edition, reprinted by Jansson's heirs in 1673 and 1676, Australia has been redrawn and Tasmania is named t'Land van A V. Diemen,  This is a very early depiction of a portion of the Australian continent, based upon the name of the ship which made the first landfall on the western Australian coast in 1616. 'Eendracht' meaning harmony or concord is found on other maps as an early name for the continent. The earliest such appearances of this information came only 2 years earlier and this is one of only a small group of maps to include the information. This is an important pre-Tasman map in the early mapping of Australia. Also in the eastern hemisphere, the Nile in Africa originates from twin lakes south of the equator, and Korea appears as a very thin  peninsula. America features numerous mountain ranges and large rivers with no Great Lakes, while South America is depicted with the  mythical lake  Lacus Epana in Brazil. The hemispheres are supported by pillars, with illustrations of the Garden of Eden and the Last Judgment between them and the four elements of earth, fire, air and water in the far corners. The map is further adorned with sea monsters and numerous tiny sailing ships. The plate was engraved by Pieter van den Keere. 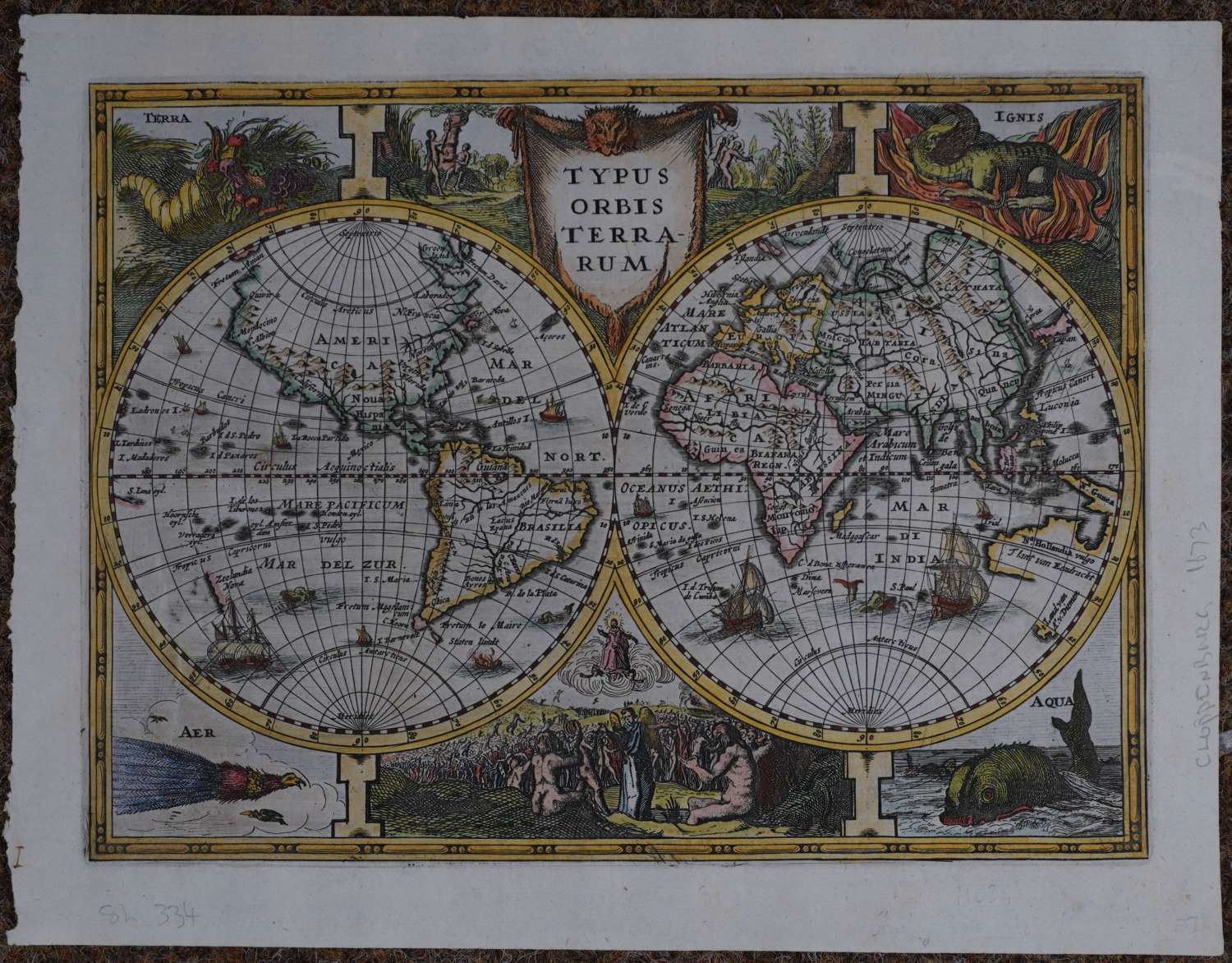 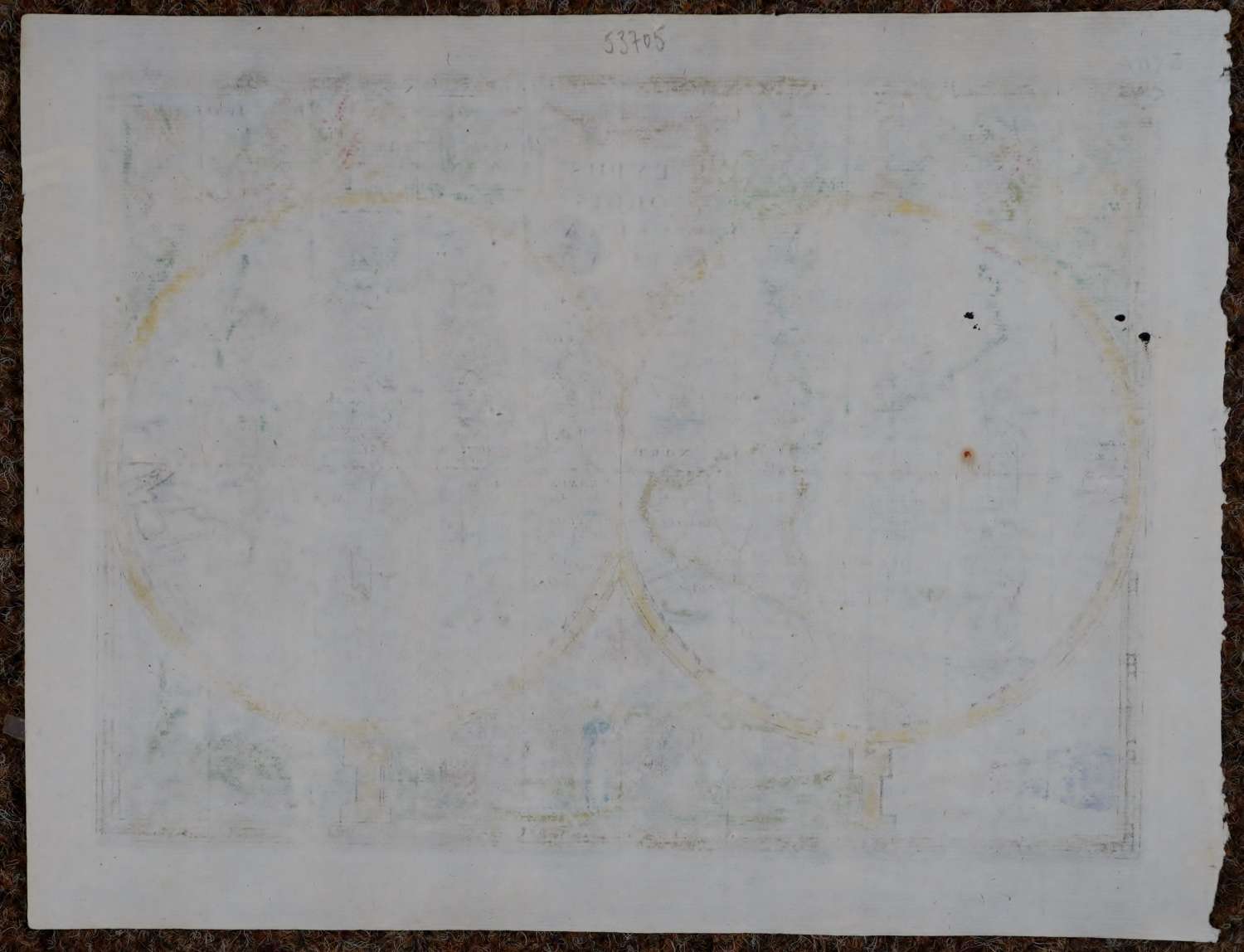 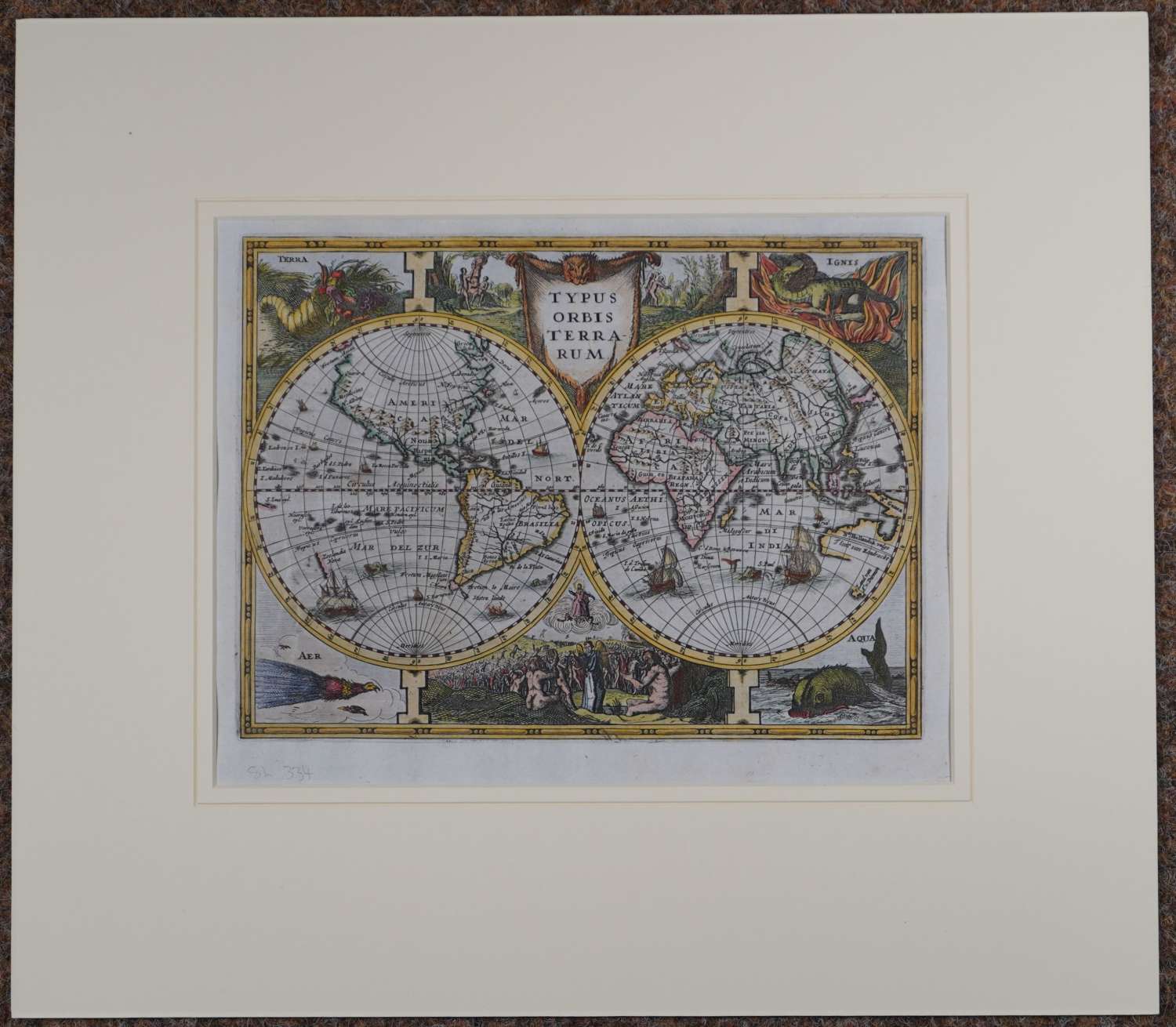