Copper engraving with original hand colouring. Overall size: 53.3cms x 73.5cms.  Image size: 503mm x 603mm. Two scales of distance; inset of the Orkney and Shetland islands. Highly detailed.
John Thomson was one of the leading exponents of the Edinburgh school of cartography which reached its zenith between 1800 and 1830. Thomson & his contemporaries such as Pinkerton and Cary redefined European cartography by abandoning such 18th century decorative elements  as elaborate title cartouches and fantastic beasts in favour of detail and accuracy. Thomson’s principle works include the Thomson’s New General Atlas published from 1814 though 1827 (from which this map originates) and his Atlas of Scotland. The Atlas of Scotland, a work of groundbreaking detail and dedication would eventually bankrupt the Thomson firm in 1830.  His maps are prized today for the quality of their detail, their size and the attractiveness of the original colouring. 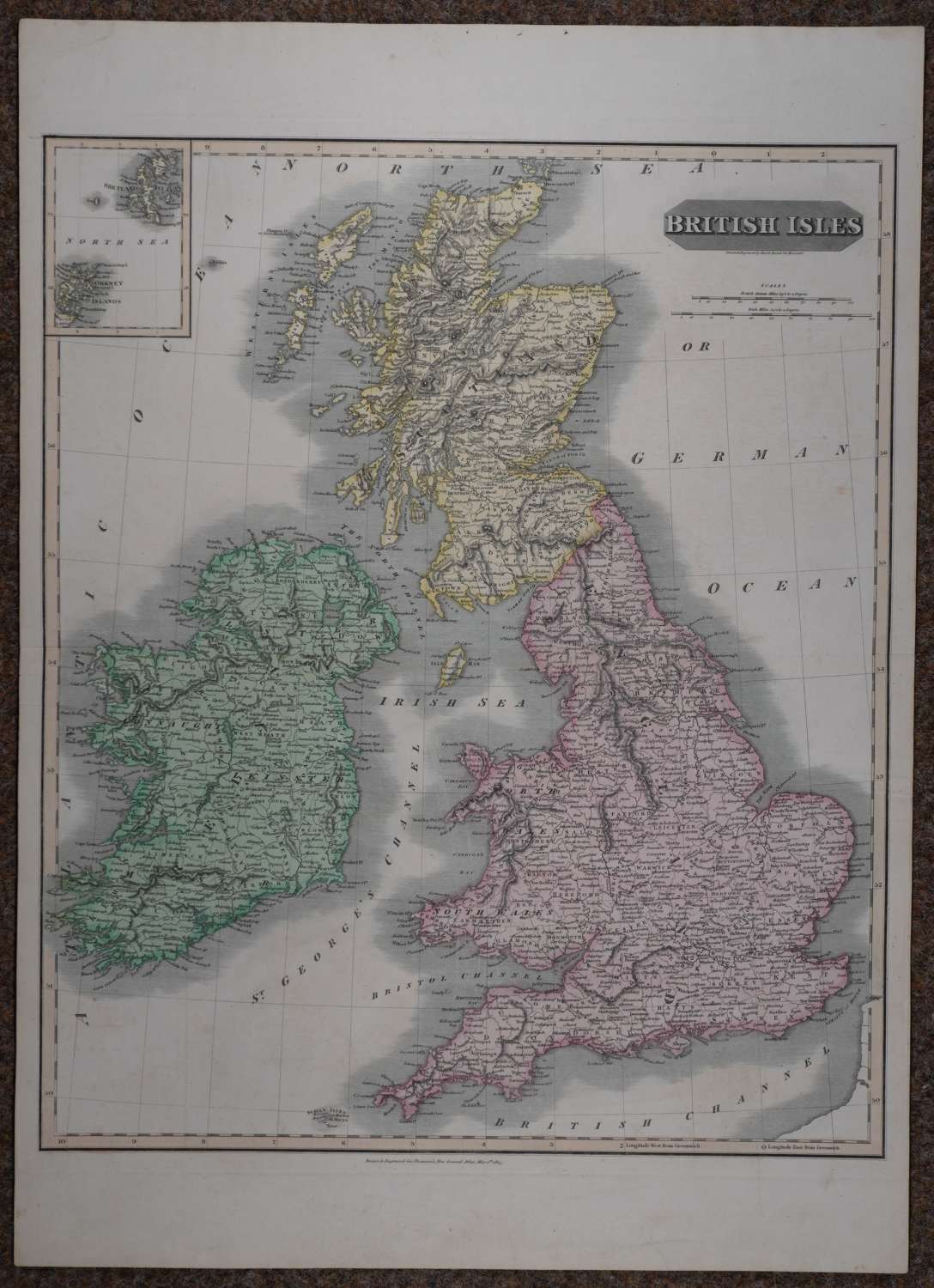 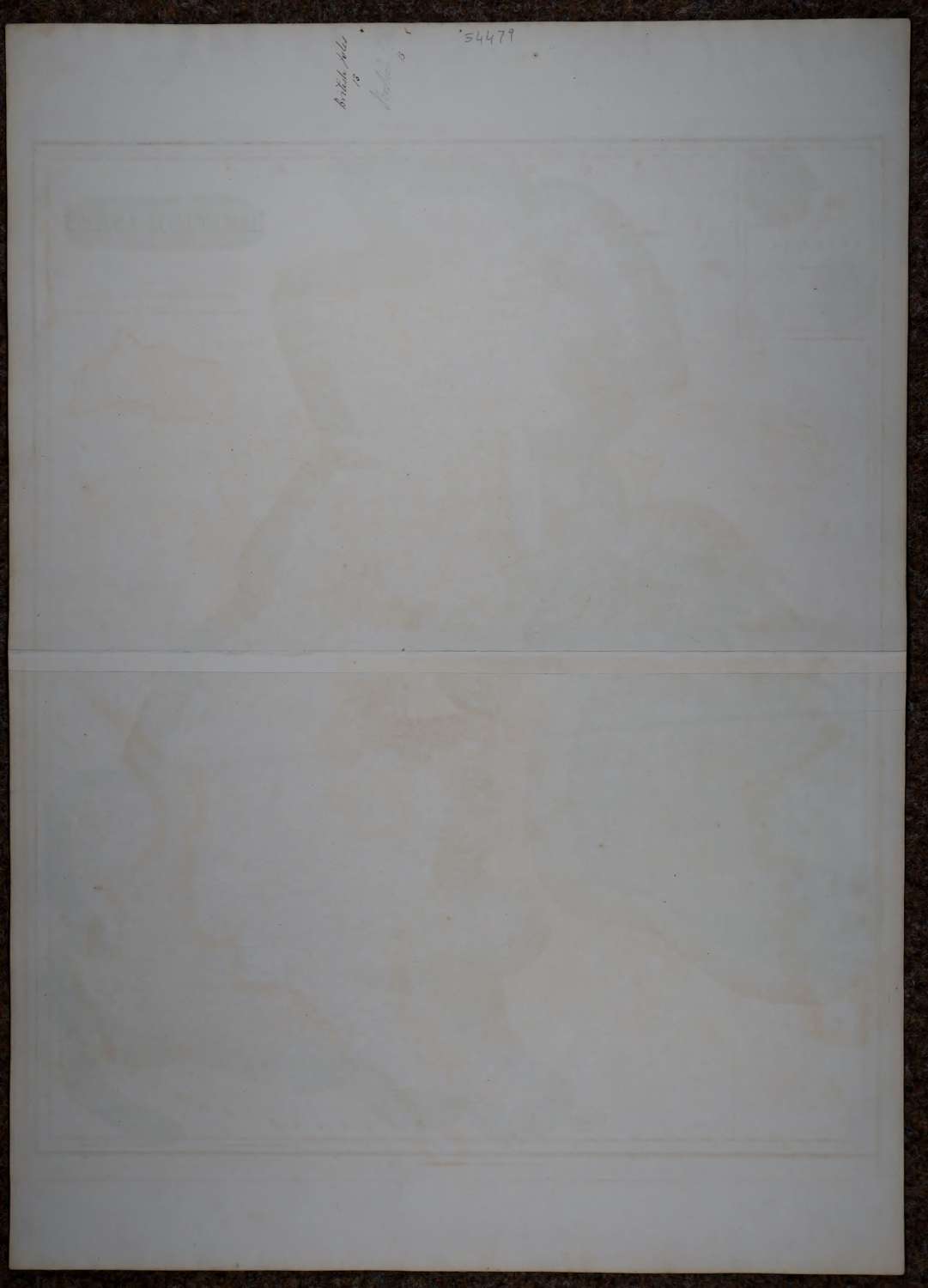