Map of Australia compiled from the nautical surveys by James Wyld


Date: Circa 1855
Engraved map with contemporary outline colouring, calligraphic cartouche, inset maps of the world on Mercator's projection and Tasmania, slight dusting to margins.  Overall sheet size:  89.6cms x 59.7cms; image size: 803mm x 548. Maps of Van Diemen's Land and the world with British possessions inset.  Three states have borders: New South Wales, Victoria and South Australia.   Explanation key shows the symbol for Gold deposits and gold discoveries are recorded in dark yellow. Pacific currents are denoted with arrows. Includes the expedition routes of Sturt (1845), Mitchell (1835), and Sturt and Hume (1829) and near the second ‘L’ of Wellington is:’Here Mr Cunningham was killed’.
This edition has an inset of Van Diemens Land and also, unusually, of British Possessions .  It was published by’ James Wyld Charing Cross East and Model of the Earth, Leicester Square’, no date and no engraver’s name. Wyld's Great Globe (also known as Wyld's Globe or Wyld's Monster Globe) was an attraction situated in London's Leicester Square between 1851 and 1862, constructed by James Wyld (1812–1887), a distinguished mapmaker and former Member of Parliament for Bodmin (Wikipedia).    Tooley Mapping of Australia 1385. 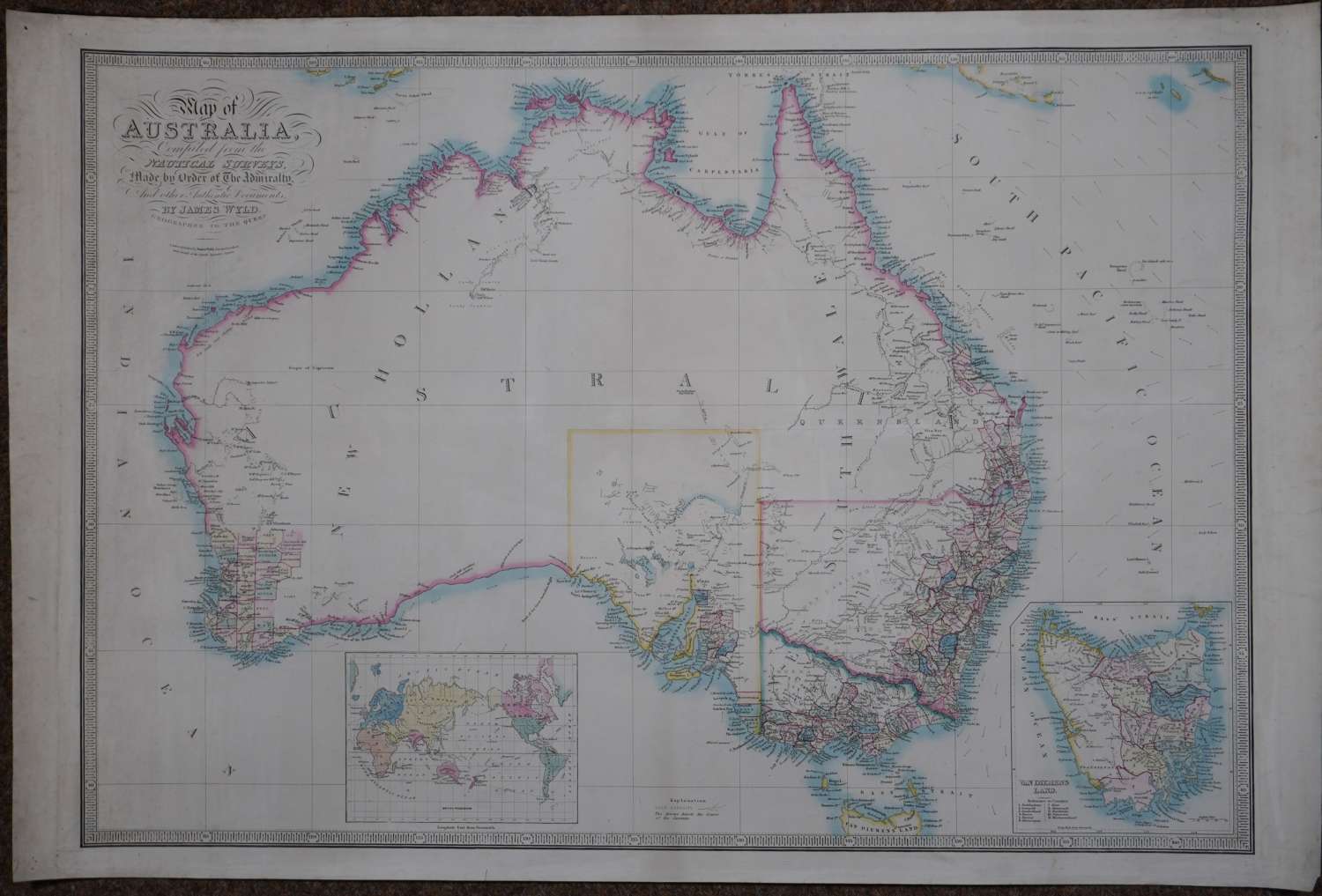 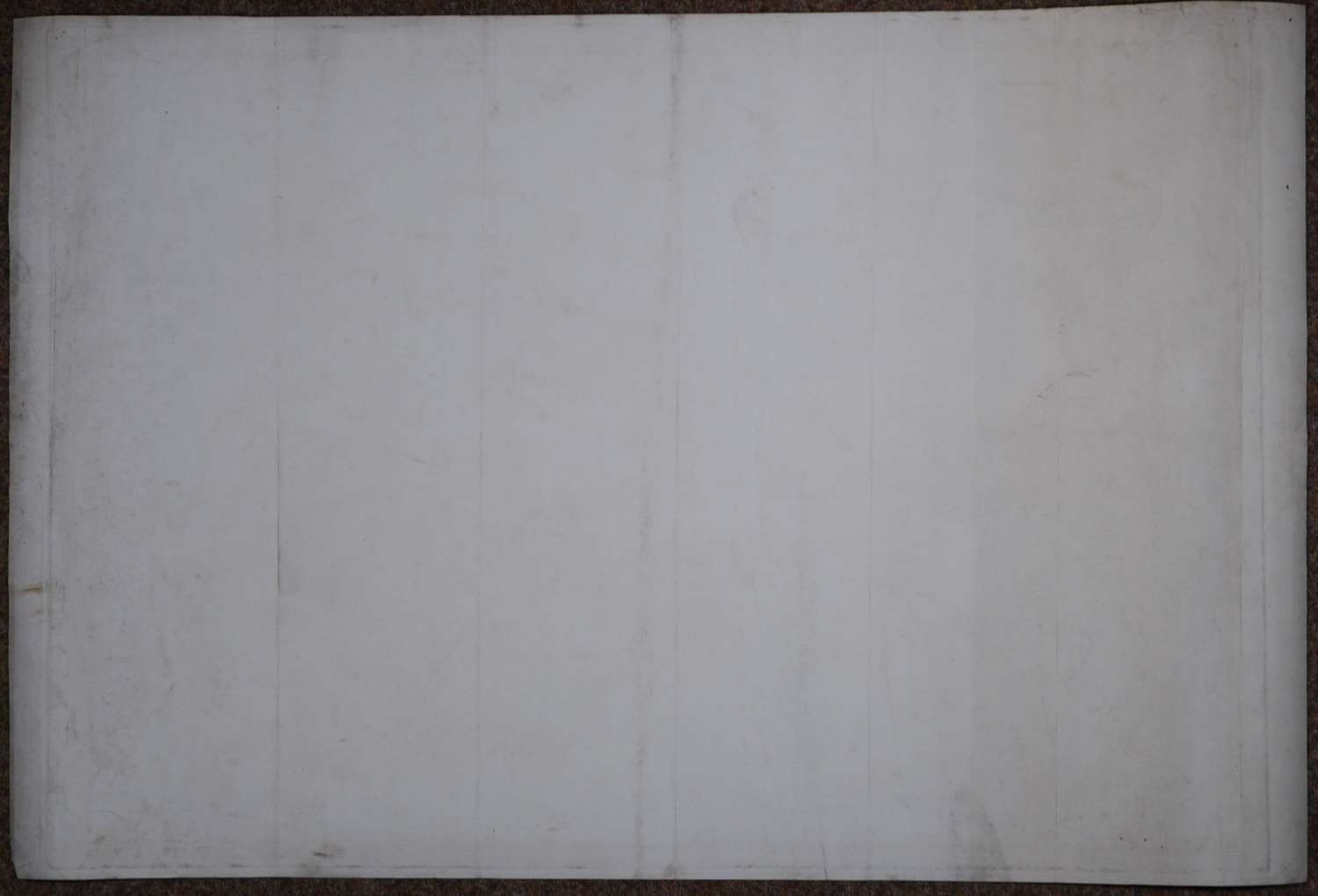 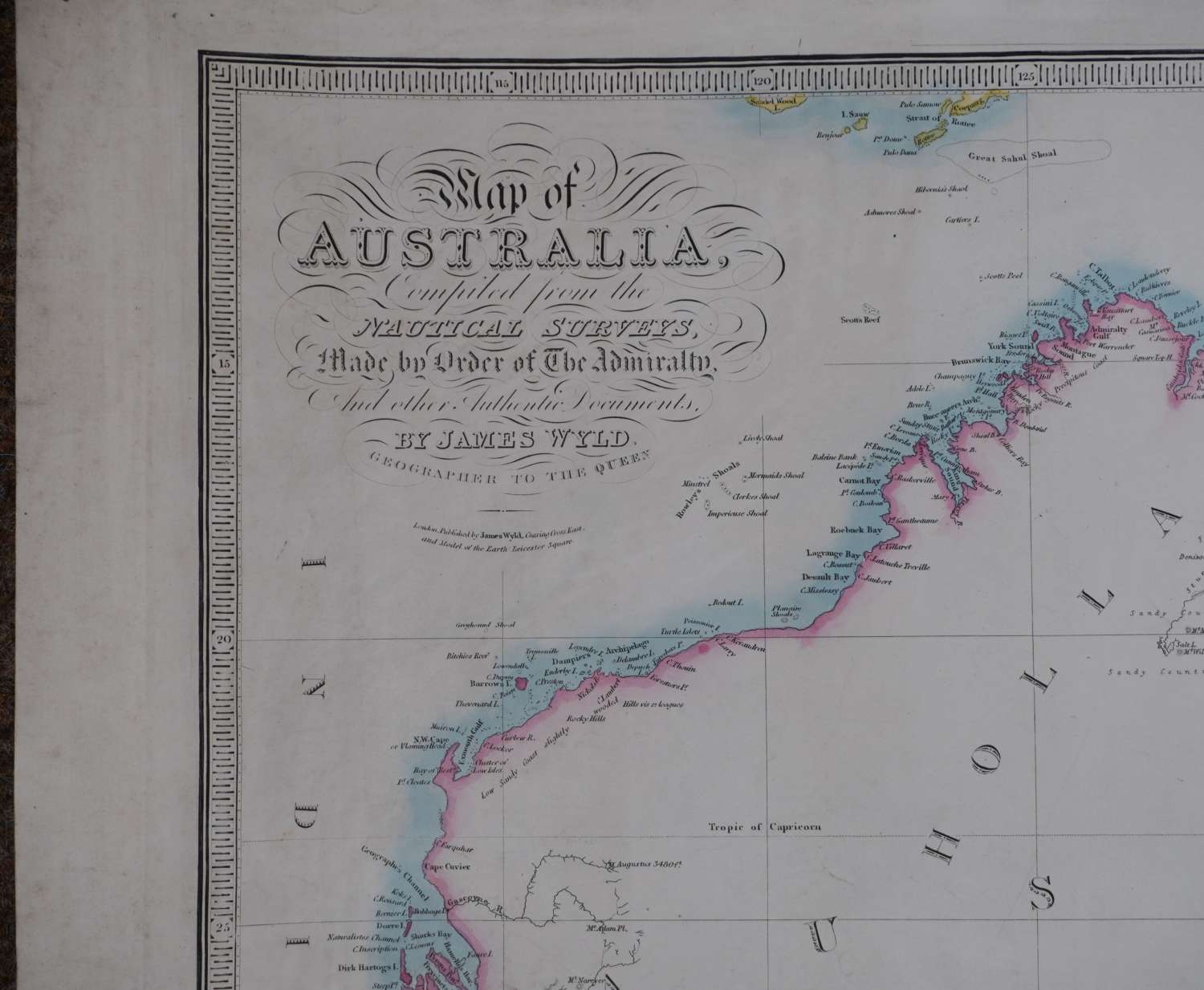 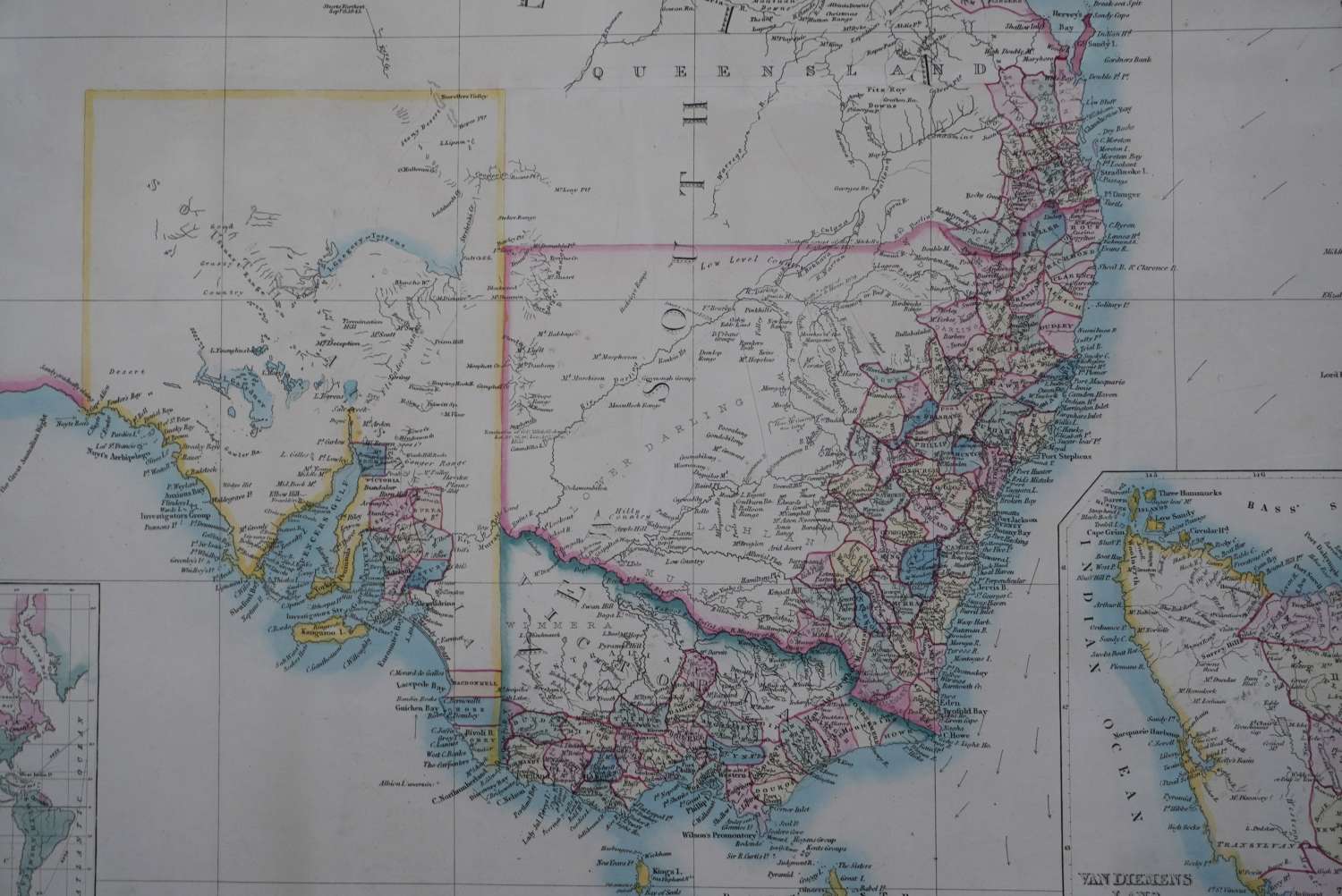 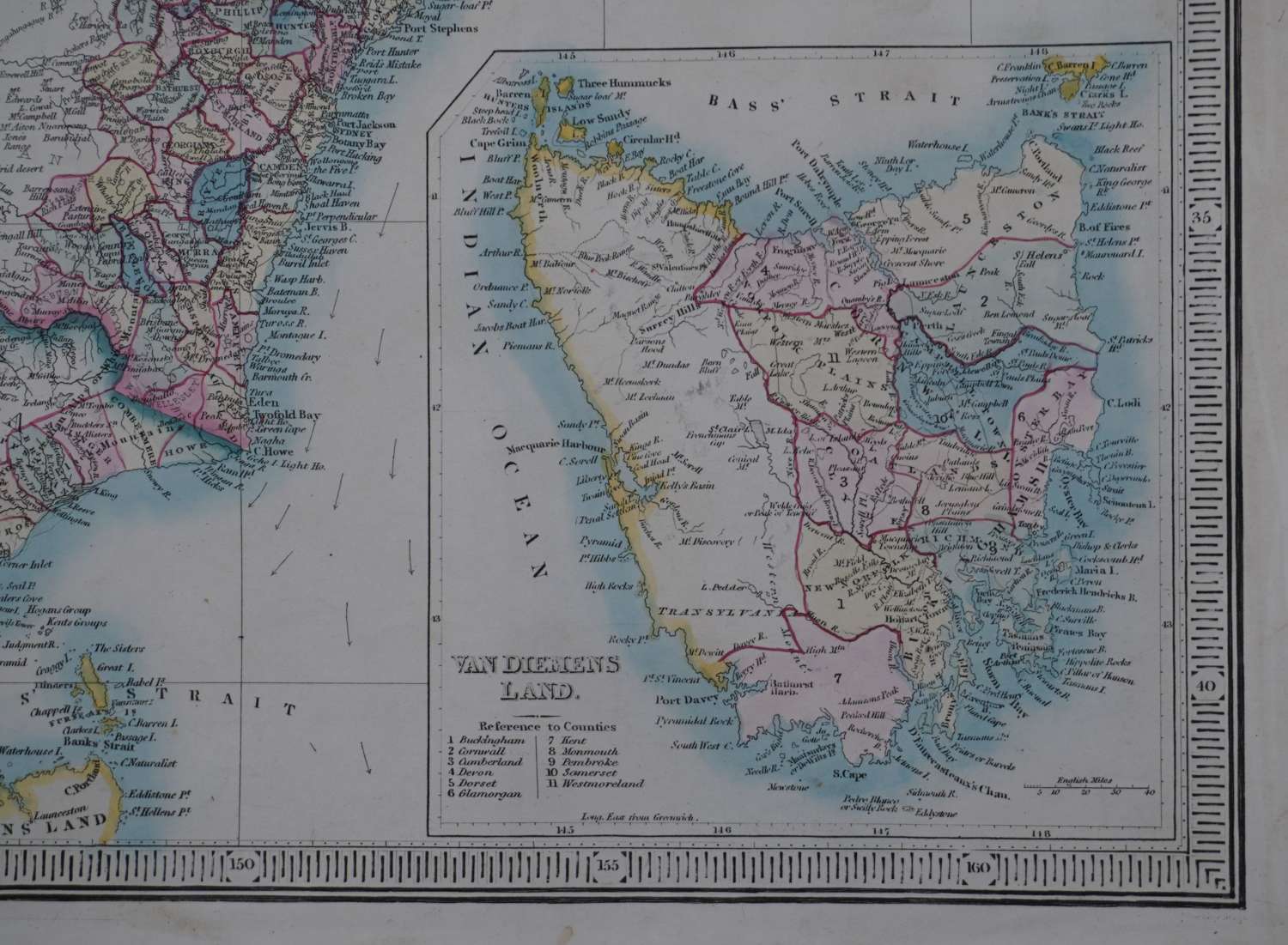 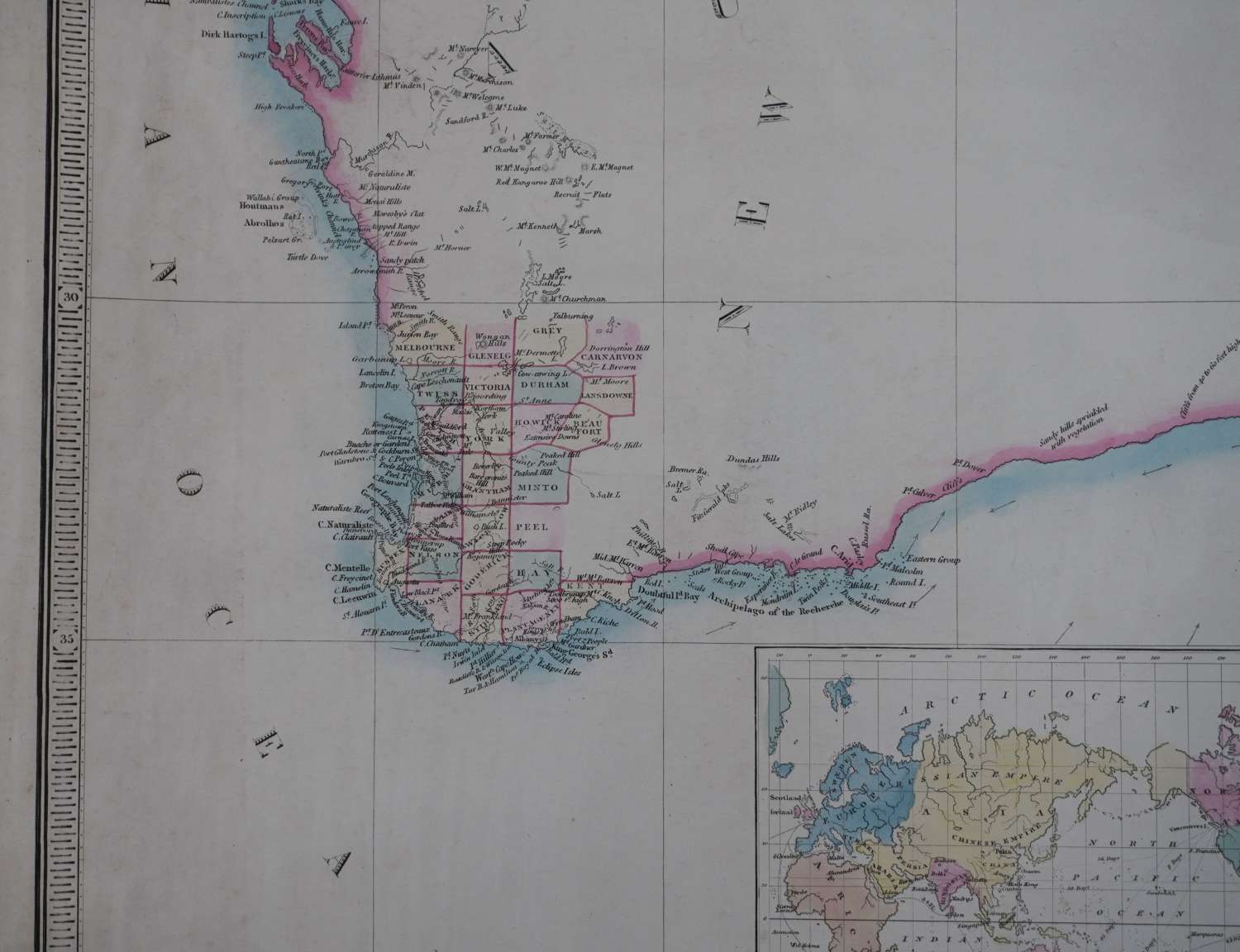 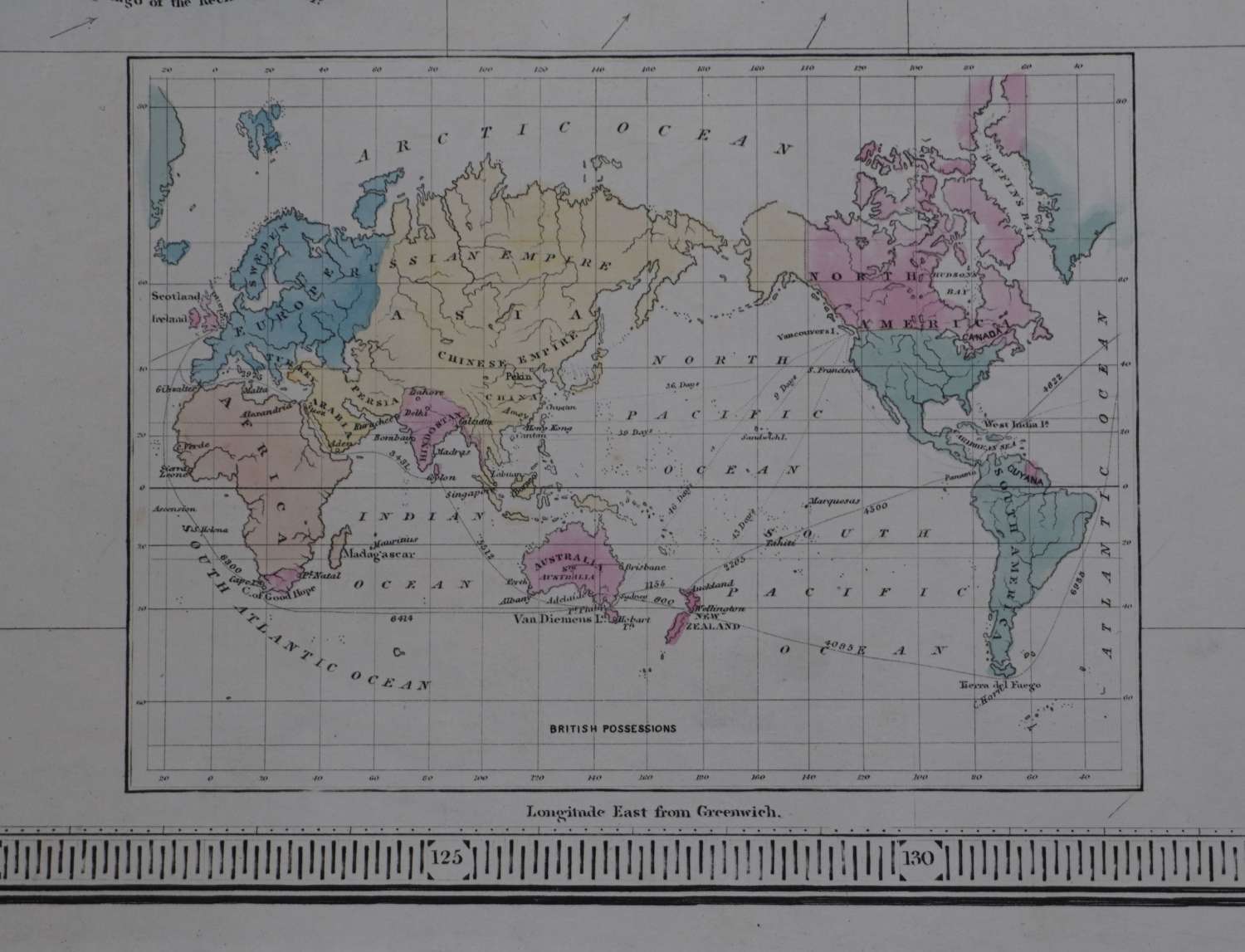