Date: Circa 1600
Detailed map of ancient Spain, Portugal, and the Balearic Islands from Ortelius' Parergon. Copper engraving with hand colouring.     Inset map of the environs of Cadiz and Gibraltar.  Overall sheet size: 55.7cms x 44.5cms ;  375 x 485 mm, no text on verso.  Overall toning, some water staining bottom right margin edge  and repair to centrefold (well away from image) on verso and three small old tape used in old framing at top on verso see image no 2.

The  map depicts the Iberian Peninsula, from the southern border of France (Galliae Confinia) in the northeast to the northern tip of Morocco (Africae pars) in the south. The peninsula is comprised of the three Roman provinces of Tarraconensis et Citerior, Lusitania, and Baetica, territory that covers modern-day Spain, Portugal, and the Balearic Islands.  Three strapwork cartouches decorate this map: In the top left is a cartouche with the title and cartographer (Abrah. Ortely) .  The bottom right cartouche dedicates the map to Ortelius’ friend the Spanish theologist Benedictus Arias Montanus.
The third, and largest, cartouche contains an inset map of the Cadiz region. The 17 lines of description list the various ancient Spanish tribes, the ancient city names, as well names of mountains and rivers.
Although best known for his world atlas, the Theatrum Orbis Terrarum, the Parergon (Supplement)  was the project that Ortelius considered greatest achievement. He had a deep knowledge  and love of   classical antiquity which prompted him to create the Parergon maps. Ortelius hand drew each map of the Parergon himself. It is considered the first historical atlas. 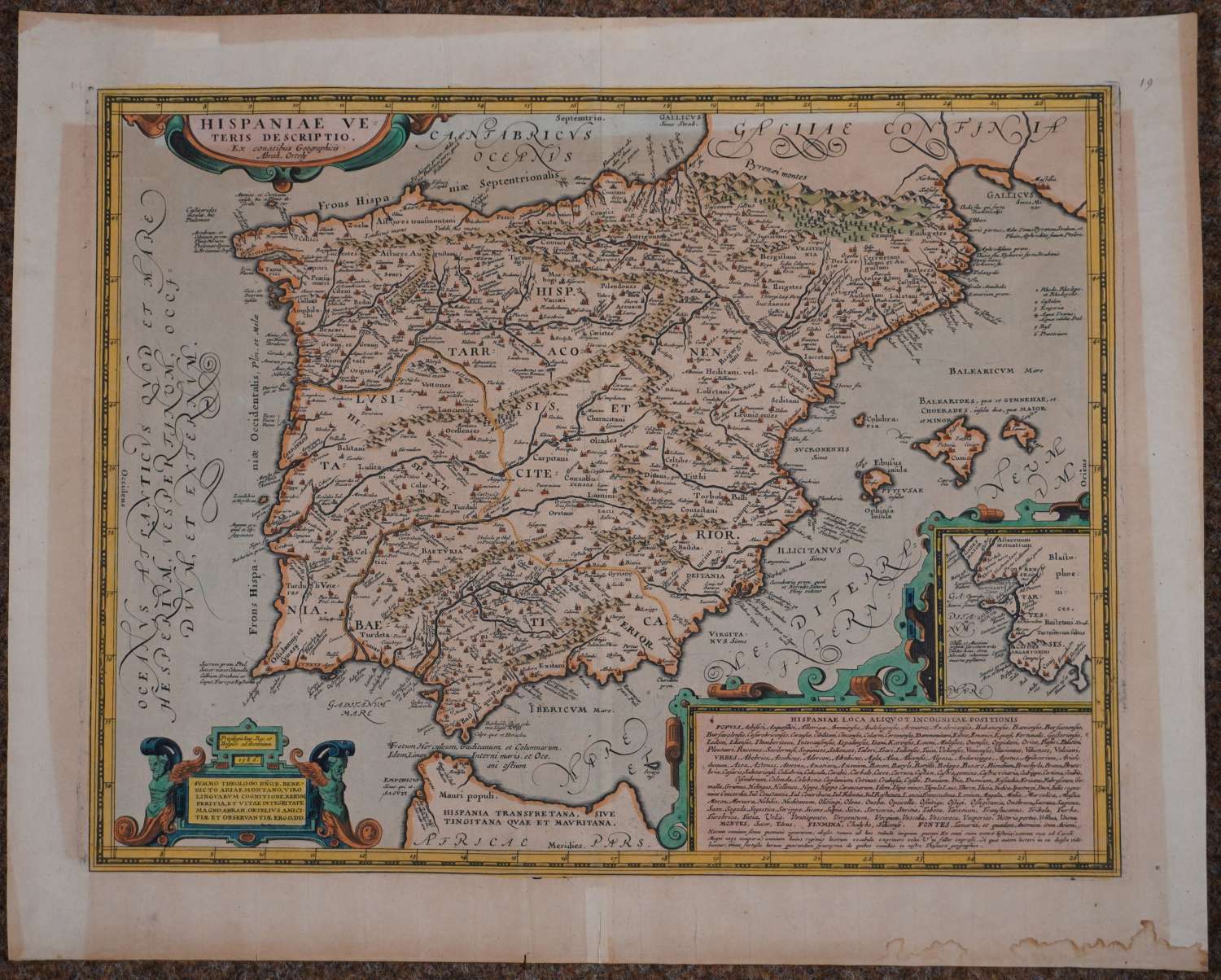 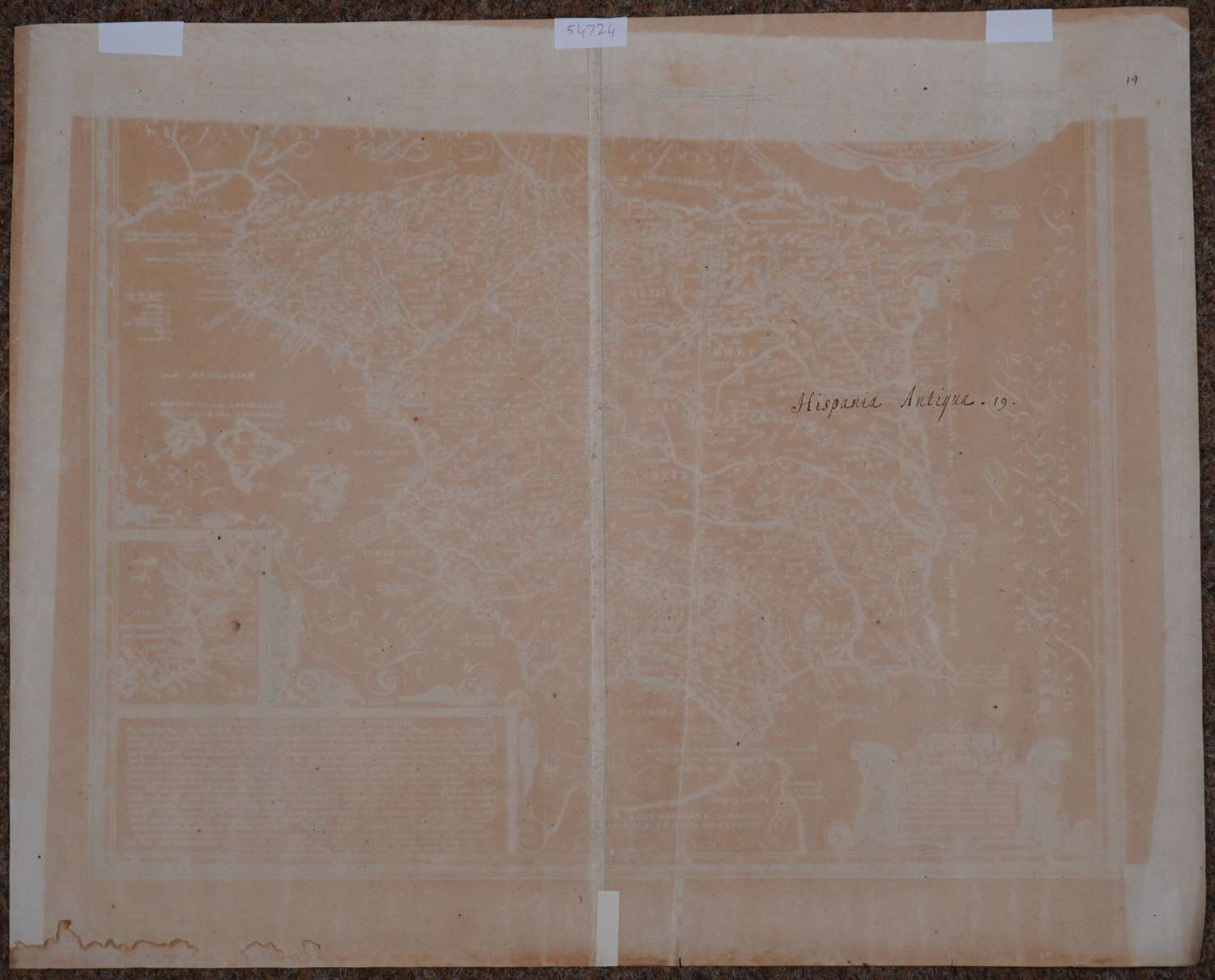