Copper engraving with later hand colouring.   Overall size : 54.1cms.x 41.5cms. Image size : 510mm.x 382mm. Title in cartouche,town plan of Montgomery; scale of distance surmounted by compass; highly decorative.  English text on verso describing the history and geography of the county.  ‘ a puissant and couragious Nation whose hearts and hills held them the longest free from the yoke of subjection , either of the Romans or English’. Overall toning and the odd fox spot in blank areas - please examine carefully - but no tears or repairs. 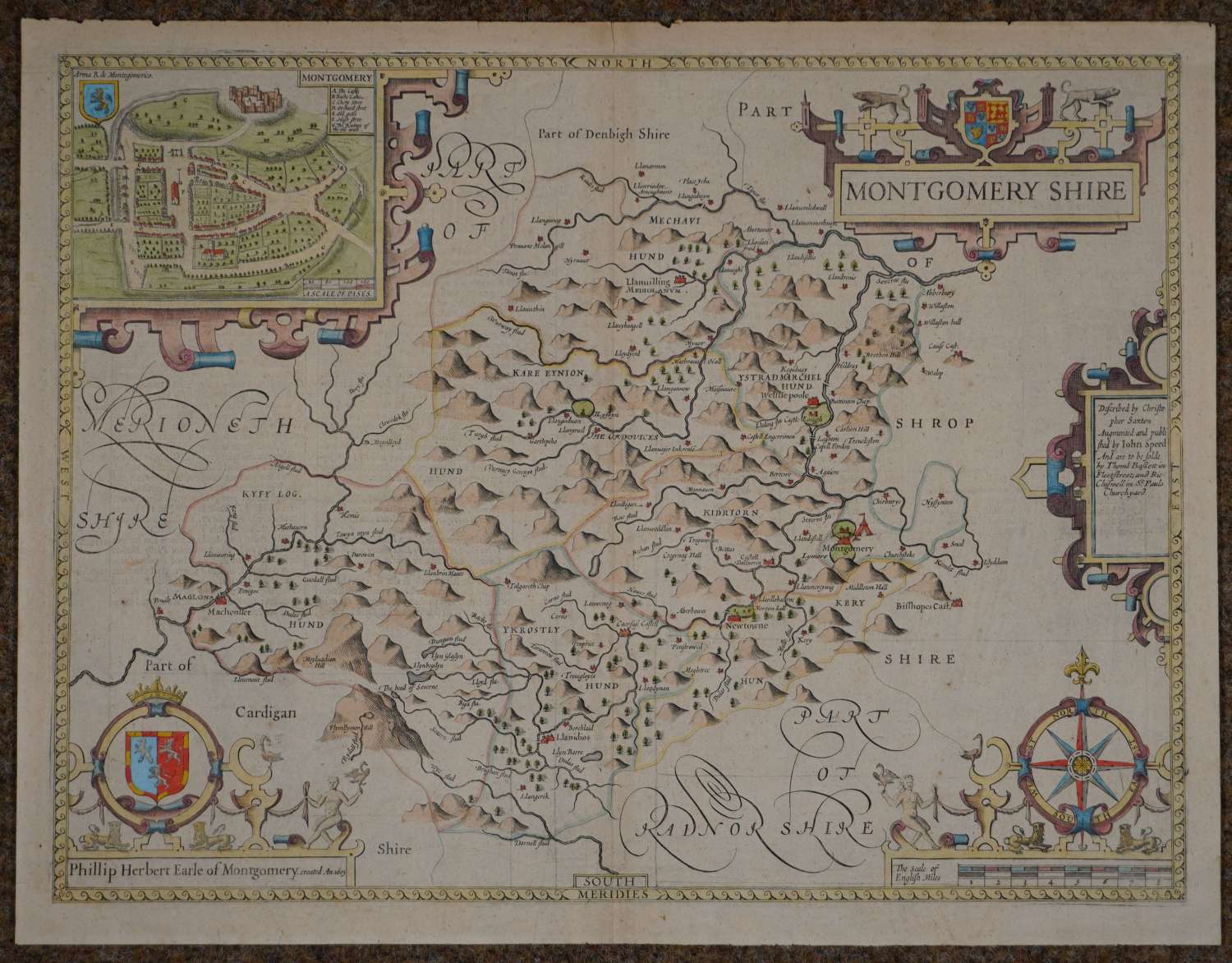 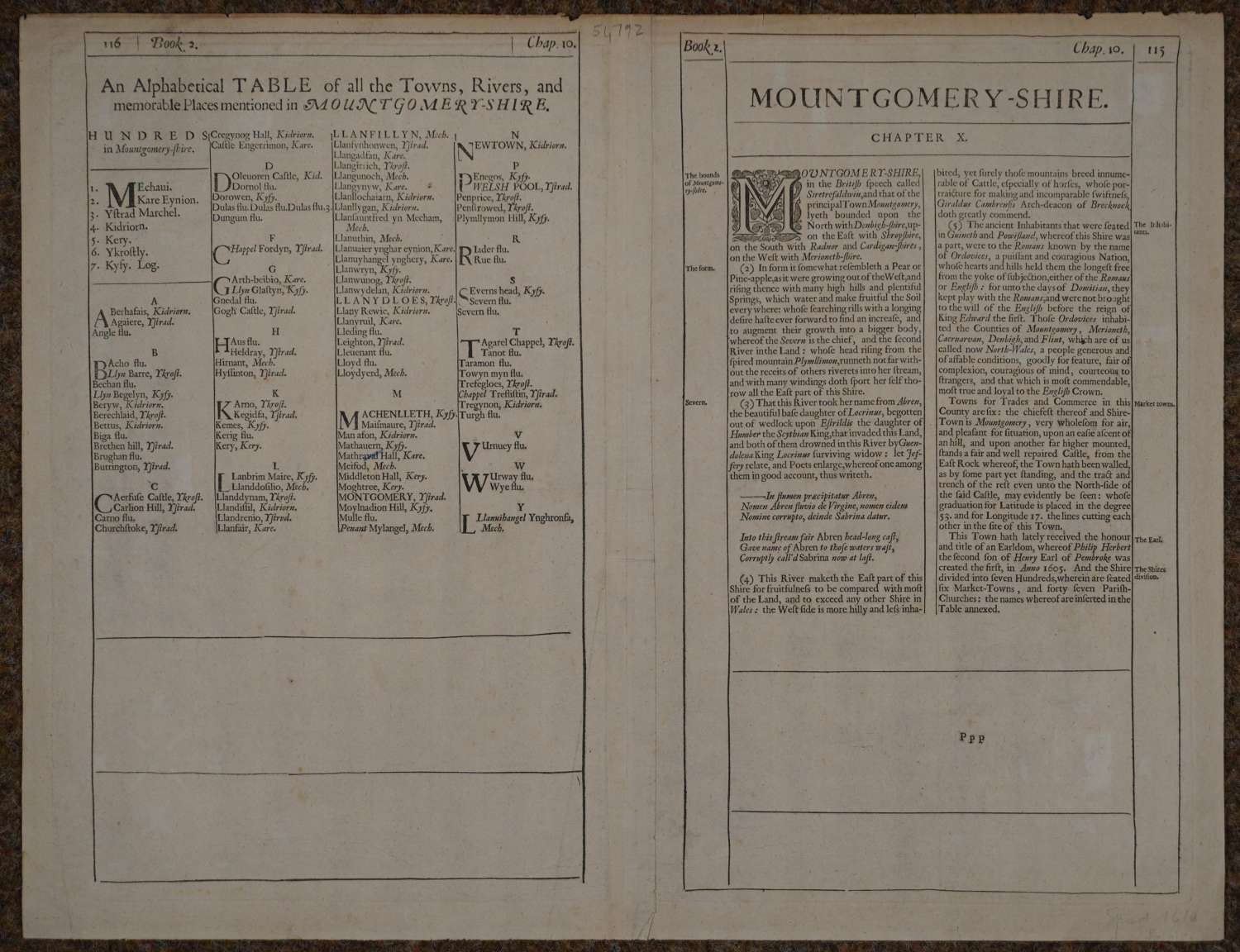