Copper engraving with old  hand colouring.  Overall size: 55.2cms x 42.3cms.  Image size: 411mm x 383 mm. Two town plans, of Lichfield right with key below (Pases are mentioned in a banner on the map divider on the scale of distance which is believed to indicate that Speed mapped the town himself)  and a town plan of  Stafford top left .  Description of a great battle fought in Henry VI’s time in which the huge numbers killed areenumerated.   English text verso describing the history and geography of Staffordshire. Two expert and virtually invisible repairs top and bottom of centrefold only noticeable when held up to the light; a little browning to margins and a few nicks bottom margin edge  else very good condition. 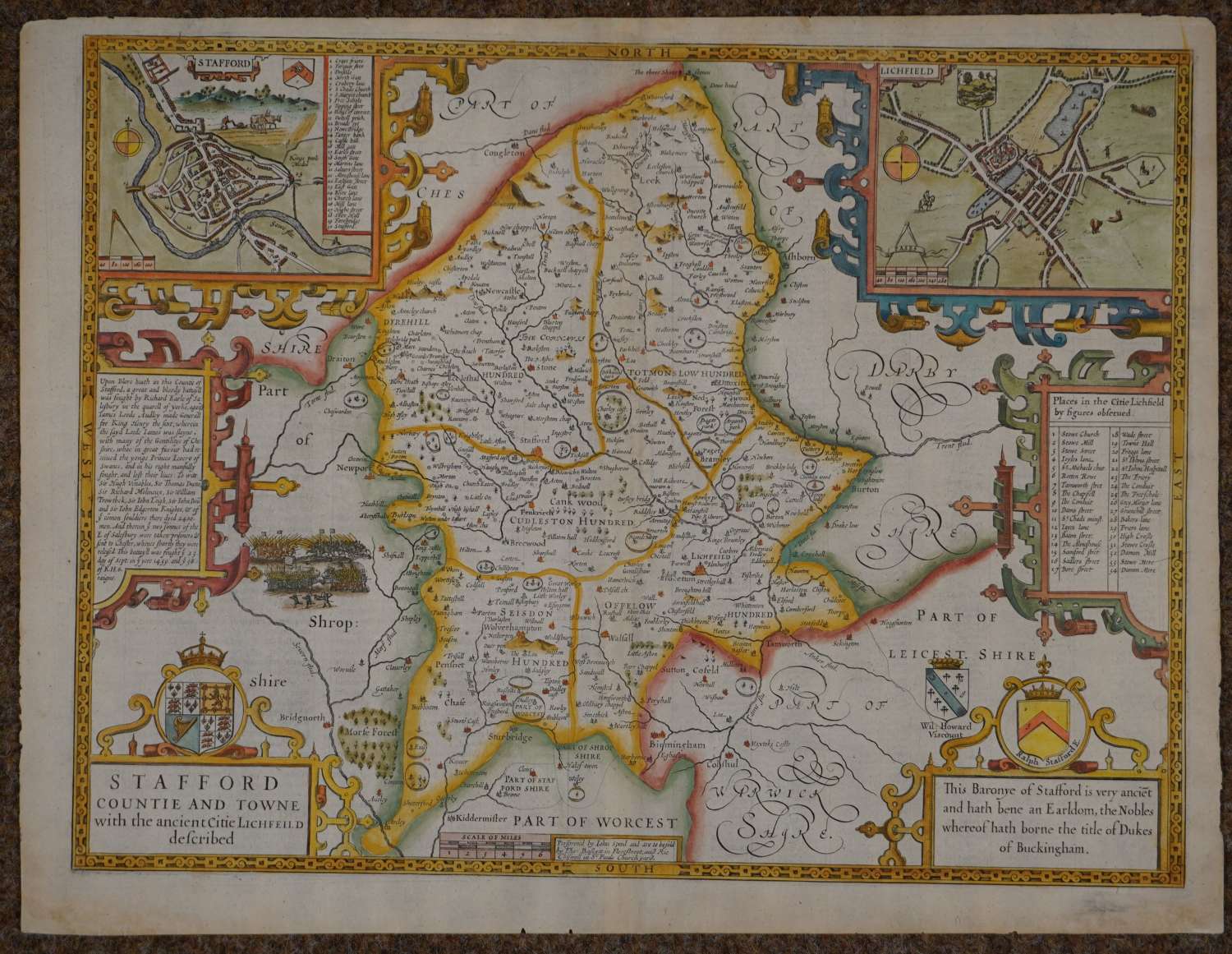 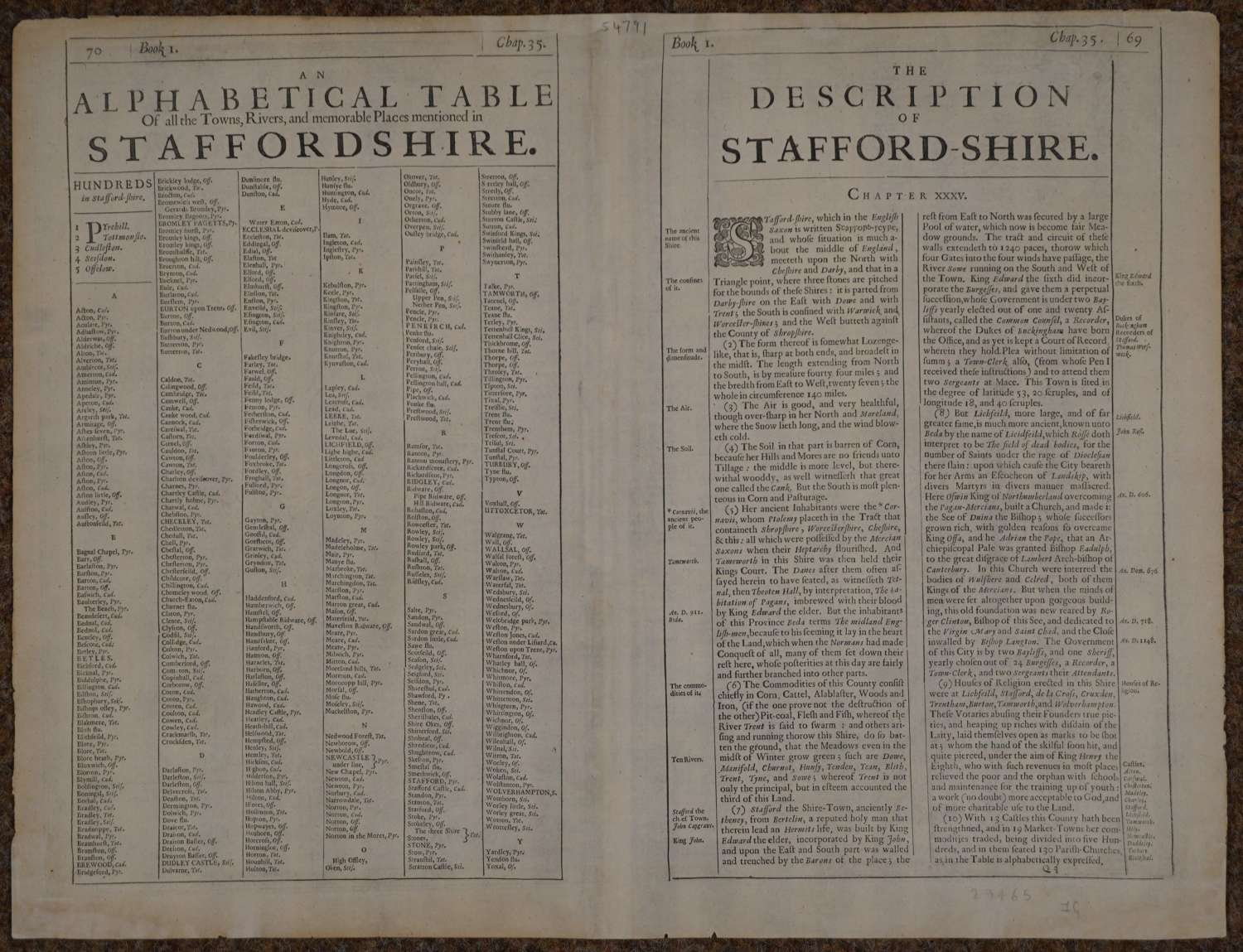