Copper engraving  (by Jodocus Hondius) with later hand colouring.  Overall size : 52.4cms x 40cms.  Image size : 515mm x 382mm. Compass rose with adjacent scale of miles, title in cartouche. English text to verso.  Compass rose with adjacent scale of miles, title in cartouche.  Embellished with elevations of the Tudor royal palaces at Richmond and Nonsuch top right and left. The illustration of Nonsuch Palace is of considerable importance as it is the only view to show the layout of the Privy Garden in front of the Palace.  Some of the garden ornaments can be equated to the illustrations in an inventory made by John Lord Worsley who owned the Palace in the late C16th.  The ornaments are, from left to right: An obelisk which is partly visible on the far left. 2. A pillar crowned with a popinjay or parrot, two of which were used as supporters for the Lumley  Arms. 3. A fountain (built against the south wall of the palace) showing a pelican for piety, that is, feeding her young with her own blood.  This was a common symbol of self sacrifice and was used as the crest of the Lumley arms.  4. The central fountain with the goddess Diana standing on a marble basis. 5. A pillar crowned with a popinjay. 6. A pillar with a prancing horse, from the arms of Henry Fitzalan, 12th Earl Arundal whose daughter Jane married Lumley Centre fold as published. London appears on the Thames to the right of the cartouche with many places we now think of as London, such as Chelsea,’ Chelsey’, Fulham , Chiswycke, Clapham, Battersbey, Camberwell all well outside this area in what is unbuilt up, sylvan areas. Some browning at margin edges; small wormhole at right tip of William Earle of Eagle coat of arms else very attractively coloured map of a most desirable county in very good condition.

Until his late thirties, John Speed was a tailor by trade but his passion for history and map-making led him to gain a patron in Sir Fulke Greville, the poet and statesman, who found him a post in the customs and helped subsidize his map-making, giving him “full liberty to express the inclination of my mind”. He became acquainted with the publisher William Camden, whose descriptive text was used by Speed for most of the maps in his atlas “The Theatre of Empire of Great Britain” published most probably in 1612 although it bears the date 1611 on the main title page. The maps were engraved in Amsterdam by Jodocus Hondius, one of the foremost engravers of his time. Speed’s maps are unique historical documents of their time and the town plans featured on the maps are in most cases the first information we have of their early appearance. Their artistry has guaranteed the collectability of these maps in the centuries that have followed. 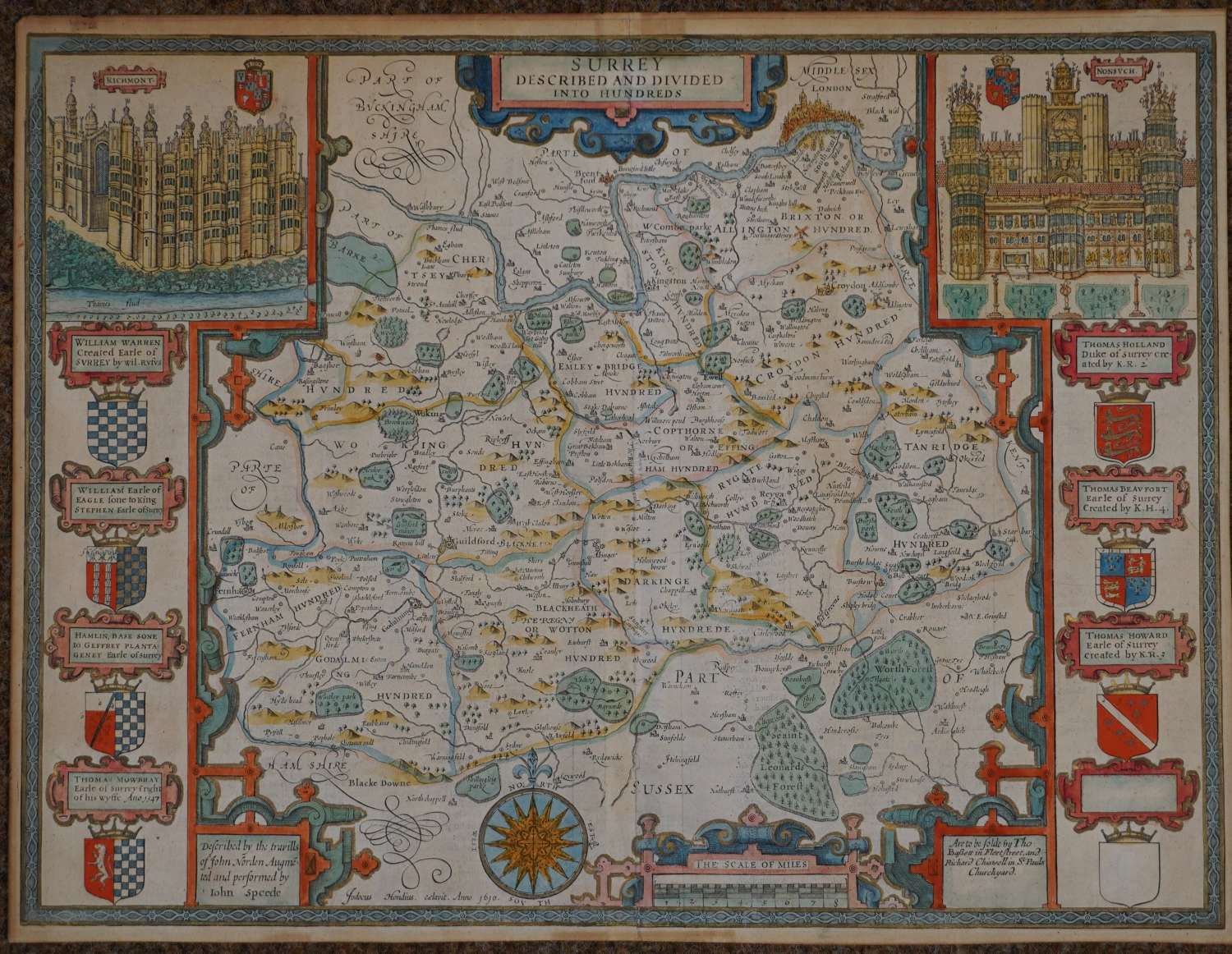 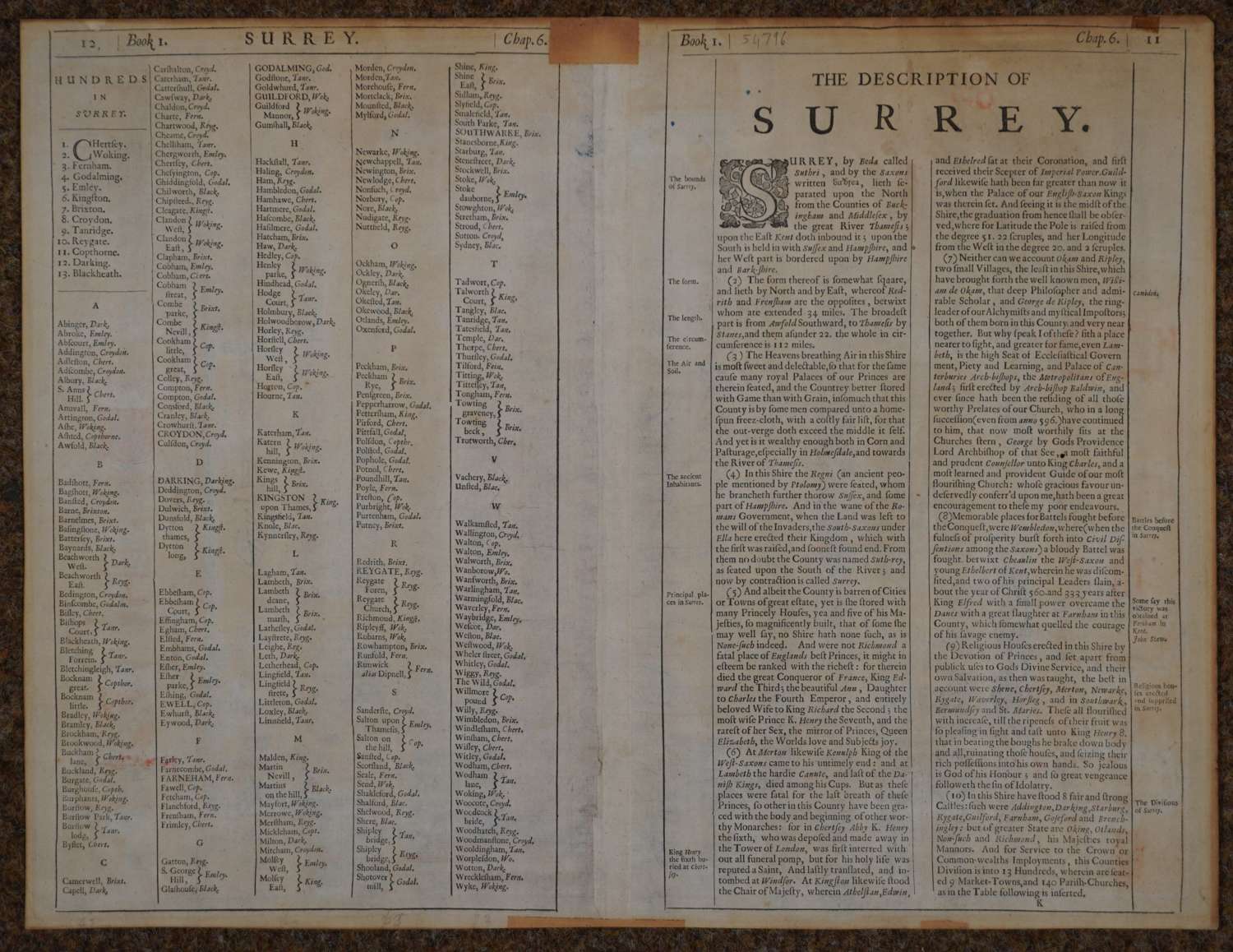